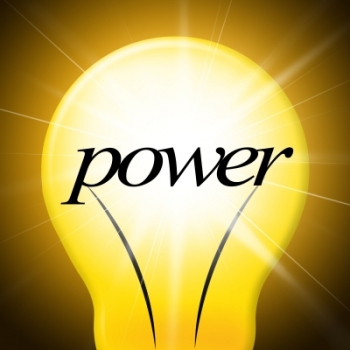 Energy retailer EnergyAustralia has launched the next generation Redback Smart Hybrid System which it claims puts households and businesses in control of their energy consumption.

The announcement by EnergyAustralia and Brisbane-based Redback Technologies — which claims the move takes Australia a step closer to a grid powered by renewables — comes at a time when the rising costs of power have become a major issue for consumers and the government, which is pressuring energy companies to work with consumers to manage their energy bills and help get costs down.

The “smart” system, developed by Redback, combines a solar inverter, battery enclosure and intelligent energy management software, and when paired with solar panels and compatible batteries, is designed to transform a standard solar system into an “intelligent” energy management system.

“The Redback system is the next generation in energy storage and management with a sharp ability to learn and respond to how people consume their energy, based on their preferences,” said Andrew Perry, EnergyAustralia executive – NextGen.

“This is the future of energy technology, created with one aim - to put the customer in the driving seat so they can decide how they use, store and even sell their solar energy.”

According to Perry, with electricity and gas prices at record highs, customers are increasingly demanding affordable, innovative technology that helps them manage their energy consumption.

“In the past 12 months we’ve seen energy prices surge while in some states the lights have gone out. It’s no surprise there’s growing appetite for new technologies with the potential to shake-up the energy sector. There’s a revolution happening right now in energy and customers will say it’s about time.”

Redback Technologies founder and managing director Philip Livingston said: “We are bringing the new generation of Redback technology to market – giving Australians access to a seamlessly integrated hardware and software package that enables customers to save money by consuming more of the solar energy they produce on site.

“This is an exciting time as there’s never been a better opportunity for Australia’s energy industry to take proactive steps toward a grid powered by renewables. With the launch of the second generation Redback Smart Hybrid System we are not only putting consumers in control of their energy, we’re paving the way for a clean energy tomorrow that will benefit future generations.”

The two companies say the inverter has a 5 kilowatt (kW) power output and when combined with the Redback battery enclosure and compatible batteries, the system can store up to 13.2 kilowatt hours (kWh) of electricity – enough, they claim, to meet 75% of the average home’s daily energy needs.

But they say that the modular design of the system means that customers can start with as little as 3.3 kWh of storage and add more battery units over time, “offering greater pricing flexibility”.

Despite the claim of greater price flexibility, to buy the new Redback Smart Hybrid System through EnergyAustralia and its dealer network, will set one back by about $9000 for starters, including solar and battery storage.

Based on annual household consumption of 8000 kWh, however, Energy Australia claims the Redback Smart Hybrid System combined with solar and battery storage could save a household about $1500 annually, with “payback” after about seven years – and by using the Redback app customers can access, monitor and control their energy use from a smartphone or tablet.

More in this category: « NZ firm Vector to offer more energy storage options Australians charged up for a battery future: surveys »
back to top