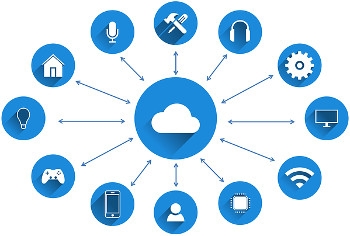 German integration software provider Software AG and James Cook University have teamed up to offer a Bachelor of Engineering (Hons) with a major in Electronic Systems and Internet of Things Engineering course curriculum, using the company's Cumulocity IoT platform and industrial expertise.

The first batch of students from the four-year degree, which began in 2016, will graduate at the end of this year.

The degree, a first in the country, is accredited by Engineers Australia. The university has also started offering Masters of Engineering (Professional) in IoT and Data Engineering from 2019, Australia’s first masters course in IoT.

A statement from Software AG said Australia was one of the highest per capita spenders on IoT in the Asia Pacific region, excluding Japan, according to IDC’s Worldwide Semi-annual Internet of Things Spending Guide.

Professor Wei Xiang, Foundation Chair and head of Discipline of Electronics Systems and Internet of Things Engineering at James Cook University, said the university needed to partner with a technology provider that could provide the IoT platform and also work with students on IoT-related projects.

“We evaluated several vendors, both paid-for and for free, before deciding on Cumulocity IoT, after testing signals and strength of connectivity,” said Prof Xiang. “Software AG and the Cumulocity platform ticked all the boxes for us, not to mention, the company has a lot of expertise in the area of IoT having partnered and worked closely with industry heavyweights such as Telstra and Bosch.”

The IoT part of the curriculum will be taught during the fourth year of study in a hands-on capstone design project based on industrial application which could include environmental monitoring, precision agriculture, smart cities and healthcare.

“Cumulocity IoT is 80% pre-programmed with out-of-the-box vertical solutions, so students only need to customise 20% after they decide upon their devices to reach their goals,” said Moses. “Students are able to create IoT projects, using real sensors and applying them to real-world problems in a matter of weeks rather than months.”

The university is involved in various local IoT projects such as environmental monitoring projects with the Queensland Government to protect the wet tropical rainforest and the Great Barrier Reef — both UN Heritage sites - as well as collaborations with the Cairns Regional Council to monitor the city’s urban water discharge following the 2019 Queensland floods.

"Prospects for our students doing this IoT course are very bright,” said Prof Xiang. “We have about 10 students in their final year, and all have had at least one job offer and at least one student has received three offers so far.

"By partnering with a leading technology provider like Software AG, our students greatly benefit from working with industry IoT experts and using actual IoT solutions to solve real world problems as part of their course curriculum at JCU.”

Software AG vice-president A/NZ Stuart Rees said: “This collaboration with James Cook University is a global first for Software AG and we are excited to be partnering with one of Australia’s leading tertiary education providers.

"We are looking forward to providing James Cook University students an opportunity to be leaders in the field of IoT and help shape the future of the technology sector in Australia.”