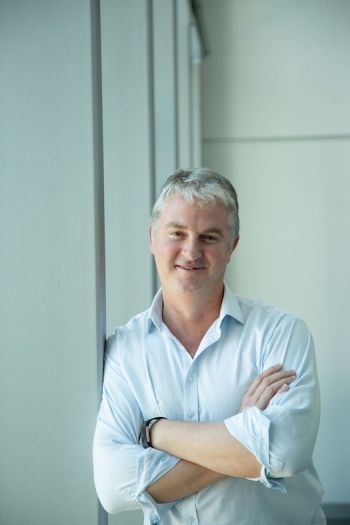 Higher education marketplace, Open Universities Australia, has reinvented itself in the changing face of online education, using technology from Sitecore and Salesforce.

OUA celebrated its 25th anniversary this year. The organisation emerged from a piece of legislation to make higher education accessible to all Australians. A new funding source was created with a different form of eligibility, named Open Access, and this became the basis for the organisation, originally owned by seven Universities.

Students could undertake coursework through OUA to prove their capability in undertaking tertiary studies, and from here be admitted to an institution and undertake a degree. The material was delivered through the postal system and broadcast on television late at night. Students would record it on videotape.

However, time has moved on. Universities have moved online themselves. After 20 years of reselling the degrees and subjects of the seven owning Universities, the OUA strategy changed two years ago. It was opened to other Universities — currently 13 — allowing prospective students to come in and compare different degrees across multiple providers.

Chris Billing, head of Digital, explained the entire OUA platform was rebuilt, adopting Sitecore as a content management system over the previous bespoke Java application, along with SalesForce, and replacing the catalogue management system and enrolment packages. “All parts of the tech stack were upgraded,” Billing says.

The project attempted the lofty goal of doing all this work in nine months.

“It was tough going to replace every single system in nine months. I have never heard of anyone doing it. We had an extraordinary effort from everywhere. Towards the end, there were a lot of very tired people and people working extraordinary hours. It was amazing to see vendors and staff working so hard to get it all over the line. When we launched there were bugs of course, and people ended up working just as hard to stabilise it, but the end result is pretty fantastic. We can now take a deep breath,” Billing said.

“It was the right thing to do. It turned things around.”

Prior to launching the new site on 1 September 2017, OUA was experiencing a consistent decline over the prior five years, for each quarter on quarter measured in new students. The new site has reversed this. “We just registered our fourth quarter of new student growth,” Billing says. “Since we launched we’ve had about 20% growth in new students for the year. It’s pretty unusual to see a turnaround of that nature after a quarter on quarter decline over five years.”

It’s for these metrics that Sitecore awarded OUA the “Best Business ROI” (return on investment) award.

OUA engaged Avanade to develop the platform roadmap and aid in the build, with up to 30 Avanade team members involved at any time. Overall, the project had over 100 people involved.

“The build allows us to make big changes. We previously could only get a couple of releases a year but now we can do hundreds. We can change things very quickly.”

Changing so many systems at once was “tough,” but the result, Billing says, delivered “tremendous flexibility.”

When it comes to transformation, Billing’s advice for executives is “we found the approach where we changed the systems first, before the culture, has been successful. There were attempts to change culture earlier and move to an agile approach but when you put those changes up against technical blockers like tools that can’t be changed  [you will not succeed] … people need tools they can use and improve".

“We’ve had great results since the launch but I feel like it’s just the beginning because we now can make a change so quickly and do tests and optimisations.”

“This project has fundamentally changed the way OUA delivers access and choice to students seeking higher education opportunities,” said Catherine Reynolds, head of consumer marketing at OUA. “It has also provided the foundations for future improvements, allowing us to address immediate challenges while building solutions that will drive results for us long-term.”