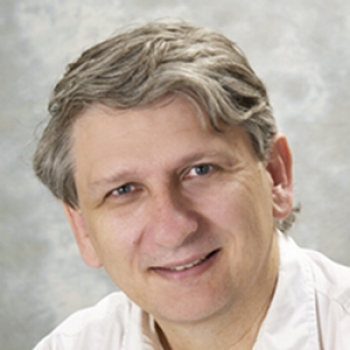 The Australian Council for Computers in Education (ACCE) has weighed into the debate about the federal government’s Review of the Australian Curriculum which has been widely criticised for its recommendations on the teaching of computing and digital technologies in schools.

According to ACCE president Dr Jason Zagami the council is deeply concerned by some of the recommendations being considered by the government in its initial response to the curriculum review.

ACCE has called on the government to consult it, and other industry and professional groups, on the teaching of digital technologies, as a core subject, in the schools system.

There’s been outrage and condemnation of the curriculum recommendations for teaching technology subjects from across the ICT sector.

The criticism by the ACCE was mirrored today by the Australian Council of Deans of Information and Communications Technology (ACDICT) when it hit out at the federal government for the proposed ‘axing’ of the national digital technologies curriculum for schools. The Australian Computer Society (ACS) and the Australian Information Industries Association (AIIA) have also strongly criticised the proposals.

Dr Zagami says ACCE maintains that the teaching of computing as a discipline should be a core subject in any modern curriculum, but that view was not expressed in the report.

Of the two models presented in the report for the teaching of computing, Dr Zagami says the one proposed by Dr. Kevin Donnelly includes study of Digital Technologies only as an option for educational authorities in the states and territories.

“Such an approach loses much of the value of an Australian curriculum to further national goals. However, this is preferable to a mandated limiting of the study of the computing discipline to just the upper years of schooling as proposed by Professor Kenneth Wiltshire.

“ACCE reiterates the need for Digital Technologies to be included as a core subject to some degree at all levels of schooling to enable a developmental approach to the discipline.”

While acknowledging concerns about a perceived overcrowding of the primary curriculum, Dr Zagami said there are many ways to address this other than a return to what he called 19th and 20th Century curriculum priorities.

“It is an opportunity to refocus the curriculum on the 21st Century and to acknowledge ways in which subjects can be taught together in the primary years. This interdisciplinary collaboration in industry has stimulated many of the great innovations we now enjoy in modern society.”

Dr Zagami contrasts Australia’s approach to teaching computing with the approach taken by the UK and the United States, which he says have identified the teaching of the computing discipline as a national priority.

He says it would be a threat to Australia’s economic future if Australian students are excluded from being able to fully contribute to such innovations by a curriculum that limits their learning about digital technologies to a “comparably superficial treatment in the senior years of schooling”.

“Students in other countries will be advantaged by a developmental curriculum throughout their schooling. We do not expect students studying mathematics or science to start their studies in upper secondary for the same good reasons.”

Dr Jason Zagami says the council is perplexed that the lack of support for computing as a discipline in the report is inconsistent with the government's recognition of the importance of Science, Technology, Engineering and Mathematics (STEM).

“ACCE was encouraged by the government’s investment of $12 million in restoring the focus on STEM in schools initiatives that includes ‘the introduction of computer coding across different year levels in Australian schools leading to greater exposure to computational thinking’, and, ultimately, expanding the pool of ICT-skilled workers.”

“ACCE is subsequently dismayed that this is not reflected in the proposed curriculum models.”