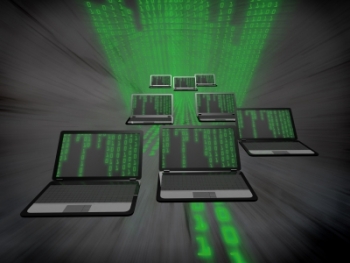 A global initiative to teach young children how to code has been launched in Australia with the support of the Telstra Foundation.

The launch of the Australian branch follows a successful trial earlier this year, with 500 children taking up the opportunity to learn to code.

“The world is being shaped by digital technologies and Code Club is critical in building a relevant skill-base for Australia’s future.

“Our ability to equip our young people with these essential skills is going to be the difference between a prosperous Australia, competing and innovating on the global stage, and being left behind.”

Livingstone said many of tomorrow’s jobs are going to require some level of knowledge about computer coding.

“I believe these skills will come to rank with literacy and numeracy as fundamental, if they don’t already. That is why Code Club is so important, that is why we should encourage Australian children to take part.”

Annie Parker, founder of Code Club Australia, and co-founder of the Telstra backed start up accelerator muru-D, says the launch is a huge step forward in ensuring Australian children have access to the skills which will set them up for future success.

“Coding is the new literacy and as a country we have to acknowledge that software is the language of business today. It’s what is going to best prepare our children whilst encouraging problem-solving abilities and digital confidence.

“We don’t expect that every child will be the next Mark Zuckerberg, but not enough has been done in recent years to ensure our kids are learning the best balance of skills to allow them operate in a world where almost everything has a digital component.”

According to Parker, feedback from the trial has confirmed that kids love to code when it is taught in a fun and interactive way.

“Encouragingly we’ve also recently seen reports of our young Australian females outperforming the boys when it comes to computer literacy, which is something we feel very passionately about promoting further.

“We have had enough warnings that the skills gap for IT is widening, and we’re excited that the Telstra Foundation has given us the support we need to harness the enthusiasm for learning which resides in our schools.”

Parker says that globally, Code Club now counts more that 2,700 clubs that have helped teach 40,000 children how to code.

Code Club Australia is headed up by a board consisting of Academic and Digital Strategist Joanne Jacobs, the Director at Coder Factory Pete Argent, Chief Digital Officer at Seven West Media Clive Dickens, CEO at Vivant Anthony Farah, and Parker.