Aussies rank technology ahead of science for student learning 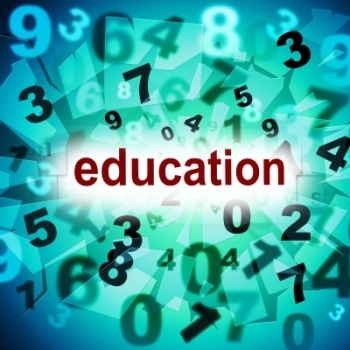 Technology has pipped science by a fair margin as the most important subject Australians believe children should be learning at school, according to a newly published nationwide survey.

The survey commissioned by the Commonwealth Bank reveals that more than two-thirds — or 69% — of Australians say technology is more important for learning, compared to 56% for science.

The majority of Australians (65%) also wished technologies like coding and how to use new technology were a more significant part of the curriculum when they were at school.

And, the survey revealed that Western Australia is the state most strongly in favour of students learning more technology subjects today, while NSW put a stronger emphasis on the creative arts than other states.

But it’s not just technology and science which Aussies believe are important for school kids to learn, with nearly three quarters — or 74% — thinking children should spend more time at school learning life skills, and with over half (52%) thinking students best learn life and practical skills from their teachers.

The Teaching Awards will offer 12 Fellowships of $45,000 each for teachers and school leaders who are inspiring and transforming the lives of their students whilst preparing them with the life skills they’ll need for the future.

Each Fellowship includes $10,000 for the recipient’s professional development and $5000 for participation in a 12-month fellowship programme that includes a study tour to Singapore. In addition, each winner’s school will receive $30,000 to fund a project designed to improve student performance and wellbeing.

Other key stats from the survey include:

And communication (77%), problem solving (77%), critical thinking (63%) and relationship building (63%) are the top skills Australians think students should be learning today.

In other survey findings, Gen Ys and Gen Zs were the most likely to believe these “21st century skills” should be a bigger focus in school, while many Aussies also said schools should spend more time on STEM (science, technology, engineering and maths) subjects.

While most Australians rated problem-solving and communication as the most valuable skills they learnt at school, the Teaching Fellows also said skills that improve well-being are important for students today.

“The Commonwealth Bank Teaching Awards recognise the enormous role teachers play in preparing children with the life skills they need for years to come.”

More in this category: « Students gain insight into the future of Australia’s ICT industry Code Like a Girl offers internship programme for budding ICT pros »
BACK TO HOME PAGE
back to top