VIDEOS: Huawei's Seeds for the Future 2017 delivers biggest harvest yet 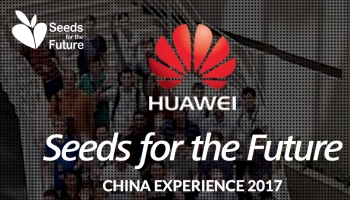 Huawei's excellent "Seeds for the Future" program has ensured many thousands of university students from around the world benefit from immersion into China's culture, technology and Huawei, with Australia's crop graduating last week.

The program has also been implemented in 96 countries worldwide, with well over 2,500 students participating in what continues to be an extremely successful initiative.

In Australia, Huawei and the ATN (Australian Technology Network) have collaborated each year since 2015 to select the top performing students who applied to experience and participate in the programme.

The ATN represents five top innovative and enterprising Australian universities universities to the world, and as its work with Huawei demonstrates, "forges partnerships with industry and government to deliver practical results through focused research".

“We are excited for our students who will get the chance to network with true industry leaders and other like-minded individuals, and come back with new skills to thrive and excel in their future careers.”

Before we get to the interviews with students, executives and the presentation of the graduation ceremony, what exactly is the Seeds for the Future opportunity?

It allows qualifying and selected university students the opportunity to learn about China and to experience Huawei’s dynamic global business, which as Huawei itself states is "an invaluable addition to any CV when looking for a job after graduation." 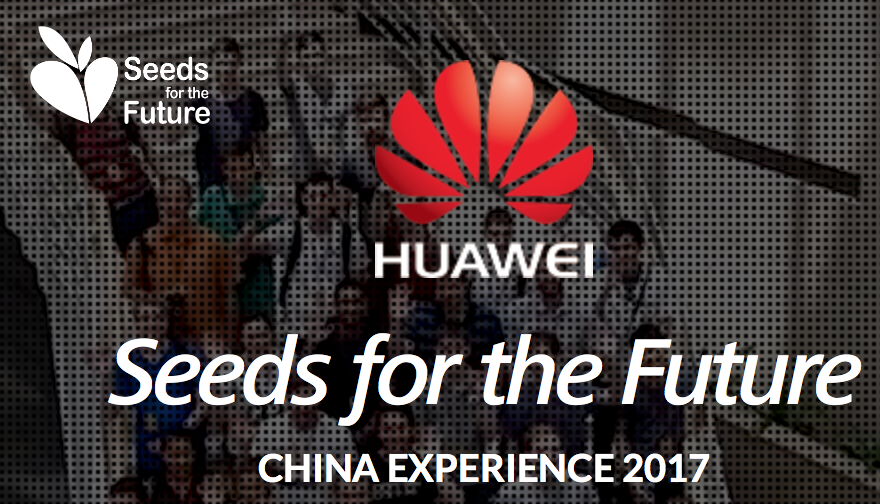 We're told that "participants spend an initial period in Beijing gaining Mandarin language training and learning more about Chinese culture at the Beijing Language and Cultural University; one of the best universities in Beijing.

"While there, the group will also visit The Forbidden City, Tiananmen Square and the Great Wall of China. Students are then flown to Huawei’s Headquarters in Shenzhen, Guangdong Province, where they learn about our international business culture and values and spend time learning about Huawei’s products and solutions."

Huawei also proudly boasts that, at its HQ in Shenzhen, "students also receive technical training from some of the finest professionals in the industry."

Huawei Australian invited me to attend the event in 2016, which I covered here along with a series of video interviews, and was invited again this year, 2017, to visit the Shenzhen HQ to get an update on Huawei's 5G and IoT initiatives, meet the students, attend the graduation ceremony and conduct some video interviews, and to see the success of the program in action.

So, let's get on with the videos:

1. I first spoke to Joe Kelly, VP of International Media Affairs at Huawei HQ, on developments in 5G and IoT, as you'll see below.

In the interview, I welcomed Joe to the program, and launched into questions about Huawei's work in helping define the 5G standard, its work in IoT and NB-IoT, and its recent announcements in both areas.

We spoke about security, technology, the future, great advice and Joe's final message to viewers, readers and customers.

Later that day, after the graduation ceremony, I spoke to five students in video interviews out of the 24 in attendance, with one student from each ATN university.

Here are the those interviews.

2. The first student I interviewed is Alex Case, from the Royal Melbourne Institute of Technology, RMIT, studying a Bachelor of Computer Science.

Each student was asked the same basic set of questions, which I'll reproduce here in short for your reference.

I started by introducing the student and welcoming them.

We discussed how they heard about the program, what drew them to want to take part, and what the application process was like.

I noted the student had been in China for two weeks, and asked what some highlights had been thus far, and then asked what they would be doing next week in the new third week of the program, a new addition for 2017 students.

We discussed what they had learned that could be applied to their studies back home, where they saw themselves in a decade's time, great advice they'd received in life to date and their final message to students watching these videos and thinking of applying themselves.

3. The second student I interviewed is Jenny Nguyen from the Queensland University of Technology, QUT, studying Electrical Engineering.

4. The third student is Aliesha Smith from James Cook University, JCU, styling a Bachelor of Engineering and majoring in Electronics Systems and the Internet of Things.

5. The fourth student is Nikil Kathiravan from the University of South Australia, UniSA, studying a Bachelor of IT Honours in Enterprise Business Solutions

7. My final video interview (but not the final video of this article), is with Renee Hindmarsh, the Executive Director of ATN, the Australian Technology Network.

I noted the ATN's third year of involvement with Huawei's Seeds for the Future, and asked Renee what the program has been like for the students, the ATN universities, and how the program has evolved since 2015.

We discussed how the ATN universities and Huawei have worked more closely together since the program started, and the kind of feedback have received from students, and from their teachers, especially after the students have returned.

Renee shared stories of students who have taken part in previous years having successes they've attributed to being part of the program, and her thoughts on how ATN and Huawei will make the program even better for 2018.

We looked at when nominations for the program would begin in 2018 (a mid-year timeframe), Renee's thoughts on the future, great advice she has received in life, and her final messages to iTWIre viewers and readers, and to future student participants, your partner universities, to Huawei and the Australian and Chinese Governments.

8. Next up is the first part of the Huawei 2017 Australian Seeds for the Future Graduation Ceremony.

During the ceremony, we heard from a Huawei representative, and heard speeches from Chris Yost, Consul (Poltical/Economic) from the Australian Consulate-General in China, as well as Renee Hindmarsh, the Executive Director of the Australian Technology Network of Universities, and from one of the students attending the event, as well as the certificate issuing and the group photo.

9. Here's part two of the Huawei 2017 Australian Seeds for the Future Graduation Ceremony, featuring three performances from the entire graduating group - the first is a performance of the Nutbush City Limits dance, with the second two being performances of songs well known and beloved to Chinese people.

So, to conclude, the biggest and best Australian Seeds for the Future program has completed and has been a fantastic success for the students, Huawei, the ATN and its partner universities.

The students have been able to gain a new appreciation for China, its heritage, language, its people, its manufacturing sector, Huawei itself and much more.

It's clearly an invaluable program delivering real benefits and better relations between the peoples of China and Australia, and a great way for Huawei to invest in and plant its seeds for the future so we can all reap many rich harvests for years to come.

Huawei's own Seeds for the Future promo video is embedded below.

The writer travelled to Huawei HQ in Shenzhen, China, to attend the Seeds for the Future 2017 Graduation Ceremony as a guest of Huawei Australia.

More in this category: « VIDEO Interview: Digital transformation is dead, long live continuous improvement Report: 90% of US companies struggling to fill sales roles »
Share News tips for the iTWire Journalists? Your tip will be anonymous