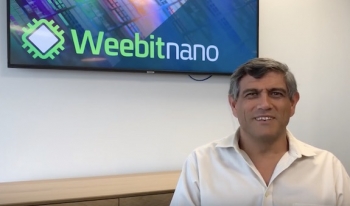 In modern life, Weebit reminded us that "more and more information is being stored on computers, laptops, tablets, smartphones" and other digital devices, and usually, it is stored on Flash memory.

It's billed as a US$40 billion dollar market, but we're told that currently technology "simply will not be able to support the vast amounts of information that we need to store every day".

Indeed, Weebit stated that "flash technology has approached to its scaling limits making a significant capacity increased very challenging", and that "the 3D-NAND solution for increased capacity is demonstrating manufacturing difficulties and does not provide any speed, energy efficiency and reliability improvement".

Thus, a "viable replacement for flash memory is quickly becoming a necessity", and naturally, Weebit said it has the solution – ReRAM.

This next-gen "non-volatile memory" is claimed to be "a thousand times faster and more energy efficient than flash, and on the cusp of commercialisation".

The ASX listed company is "now scaling down this technology to 28nm, progressing talks with partners and initiating work with production fabs".

So, what makes ReRAM special?

Well, the company explained that "Resistive Random-Access-Memory is the most promising technology to replace flash", and that ReRAM memory using Silicon Oxide (SiOx) has already been demonstrated to "outperform flash in every parameter".

Weebit explained on its website that it "developed an industry-applicable fabrication approach to new resistive random access memory platform employing a SiOx material".

"This exhibits reversible memory states, in most efficient and manufacturable form."

Unlike the vast majority of emerging memory development technologies, which use new and exotic materials unfamiliar to the semiconductors industry, Weebit said its competitive advantage and solution is based on "silicon oxide, a material which has been introduced to this industry since the 60s".

"This fab friendly material which the semiconductor industry has been extensively using, is very familiar and therefor easier to manufacture".

The company claims its use =of existing “fab friendly” materials is the "‘Game Changer", facilitating expedited highly cost-effective development, based on cutting-edge technology in a still rapidly evolving field.

Weebit claimed its SiOx memory solution is "much easier to control, with significantly less tooling and manufacturing issues expected", which enabled the company to "avoid potentially prohibitive capital outlays for retooling and other fabrication issues that arise when using new and unfamiliar materials, rendering Weebit’s ReRAM an extremely cost effective solution".

So, when we were offered the chance to talk to Coby Hanoch, the CEO of Weebit Nano, we decided to take it, and the video interview is below, after which follows a summary of the questions.

I started by introducingHanoch, and welcoming him to the program.

We then learned about Hanoch's history in the world of tech, and how he came to become the CEO of Weebit Nano.

He spoke about how ReRAM differs from the memory technology we use today, and how ReRAM technology came to be thought of and brought to life.

We looked at the timeframe for when this tech would be commercialised, what the future might hold, great advice received in life and Hanoch's final message to readers, viewers, customers and partners.

More in this category: « OPPO to become a Melbourne Star Apple to spend US$1b on new campus in North Austin »
Share News tips for the iTWire Journalists? Your tip will be anonymous