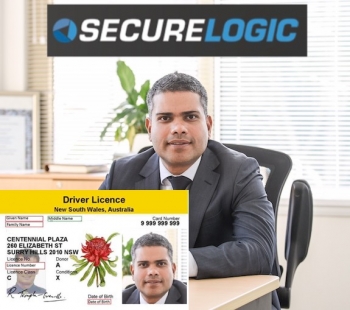 Secure Logic says: "TrustGrid is an advanced blockchain solution that delivers a secure, decentralised and immutable ledger of transactions. It enables government agencies and vetted private organisations such as hospitals and financial institutions to create private consortiums of trust entities on the fly.

"Earlier this year, the technology powered the NSW Government’s digital driver’s licence pilot with 1400 Dubbo residents and is set to be used again as a second pilot takes place in Sydney’s Eastern Suburbs in November, where residents will be able to show digital identification in pubs and clubs and for roadside police checks."

Secure Logic chief executive Santosh Devaraj said driver's licences were "the tip of the iceberg when it comes to the transformation of the public service and new technologies will significantly change how people interact with government over the next decade".

Devaraj added:“The era of standing in line to file government paperwork is coming to an end. As is our reliance on physical identification cards to establish your identity or proof of age with law enforcement or at licenced venues.

"These are mistake prone, time-consuming, expensive and impractical ways to offer services."

The company tells us TrustGrid is "designed to eliminate common forms of identity theft that cost businesses and individuals billions of dollars every year".

Devaraj added: “In the case of digital licences, this will help put a stop to sophisticated fraudsters who can conjure up fake identities with relative ease. Too often licence details are only checked superficially and this can now be replaced with cryptographic mechanisms.

"For example, should a criminal attempt to enter a bank and withdraw someone else’s money, the Trustgrid platform would enable a teller to do a digital scan of the licence, initiating an authentication process that only the true identity owner could complete."

Devaraj said TrustGrid "has the potential to address many of the concerns Australians have with My Health Records and the digitisation of private information.

“While it’s positive to see government pursue a platform that has the potential to save lives, people are right to be concerned about how their sensitive data is stored and could be exploited by hackers.

"Rather than a black and white method of opting ‘in or out’, TrustGrid could enable each individual to set the terms of their own digitised contract that governs exactly what personal information is disclosed through fine-grained consent and encryption policies.”

Transformation must be led by State Governments

Devaraj added that "it was positive to see the New South Wales and South Australian Governments take the lead on digital licences, but more needs to be done by all states in regard to new policies and increased investment in education programs.

“People will always be sceptical about the pace of change and new technologies. In the short term, the Federal Government faces an uphill battle in implementing large-scale, national initiatives, like My Health Record – there are too many agendas and misinformation is derailing sensible debate.”

“Instead, digitisation must be led through state-based policies and effective implementation at the local level; where people most often interact with government. If government can demonstrate trust between people and public services by providing a technology platform that enhances privacy, integrity and consent , both acceptance and the rate of change will improve dramatically.”

More in this category: « 2018 NEWi Awards for Digital Creativity finalists announced Developing product? Then aim for agility, not perfection, says CPO »
back to top