OutSystems – Agility in the time of COVID 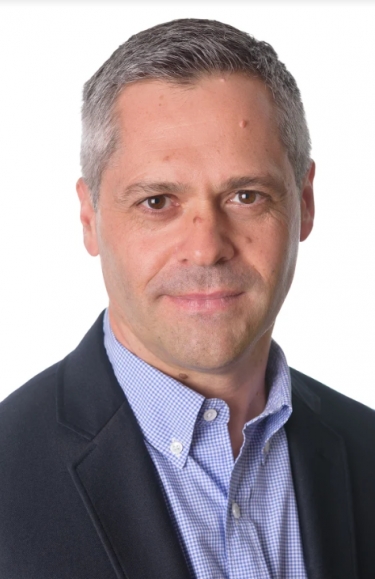 Paul Arthur - Agility is everything

INTERVIEW PROMOTION. Low-code development vendor OutSystems has released a major study of thousands of IT professionals and CIOs about their readiness for change a world beset by the COVID-19 pandemic.

The results are startling. Less than one quarter of respondents feel confident their organisations are ready to deal with unplanned change. And only one in five believe they are ahead of their competitors when it comes to dealing with change.

The study used a standard 1-5 Capability Maturity Model to measure agility, readiness for change, speed of application development a number of other factors. The methodology allows the identification of leaders and laggards, enabling responses to be compared for those two groups.

Leaders are those confident in their ability to respond to change, based on three questions in the study. Laggards were those at the bottom of the scale.

They are more agile, they are designing better user interfaces, and they are less likely to outsource applications development. Leaders have mostly reduced application development time during the COVID-19 pandemic, whereas laggards have become even slower.

“Speed is the name of the game,” says Paul Arthur, OutSystems’ Vice President for ANZ. “Organisations that focus on customer needs and offer developers an easy and fast path to innovation are better able to address the pains of change.”

Arthur says OutSystems’ business has boomed in the pandemic. “COVID has shown that no one can predict the future. We enable businesses to build the services and applications that add value to their business and get to market faster.

“In the current COVID induced economic environment, agility and the ability to change quickly is becoming a very valuable asset — probably the most critical asset and organisation can have.”

But this is made more difficult by the fact that user and customer expectations have changed in recent years, says Arthur.

“In the modern world everybody wants a customised experience. It’s hard to do that with off the shelf software. Though some people can build applications on top of a standard software package, these are not built for the new world. They can’t adapt rapidly to the changing environment.

“Our software also helps with application creep,” says Arthur. “We have a governance layer built in. So you can give as many people development rights as you want, and they can experiment and build something valuable. But it still has to go through a governance process before it's actually released.

“There's a lot of mobile app development companies, but many of them require a lot of coding to do something bespoke for a customer. We differentiate ourselves in what we call the digital core.

“When we replace core systems we modernise legacy. Maybe one quarter of our customers run SAP at the back end as a system of record, but doing customisation in SAP is difficult. So they'll use our software to build high change high change front ends that will drop stuff into SAP or any other legacy system.

“Anything that that needs a good user experience or a good mobile experience can be done with our software systems as a as a kind of a customisation layer. We do a lot of that type of business.”

OutSystems was founded in 2001 in Portugal, and is now based in Boston. It is consistently scored by analyst groups like Gartner and Forrester as a market leader in low code development, once better known as Rapid Application Development (RAD) or agile development.

It is a private company well funded by venture capitalists, with around 2000 employees worldwide. Its Australian operation has 20 staff, and the same number of business partners. Most are small systems integrators and digital transformation consultancies.

“Since the COVID-19 scare began our relationships with the global systems integrators has also improved,” says Arthur. “Many of them built their business model around large and complex projects.

“Until recently they weren't interested in in a company like OutSystems. But that's all changed over the last year. We're now doing a lot more work with the larger systems integrators and Fortune 1000 companies. But here in Australia we still focus very heavily on the smaller Australian owned organisations.”

“Startups need a visual rapid development application platform. A lot of these startups are built by entrepreneurs and creative people with a great business idea. What they often don't know is how to make it real, how to move from ideation to execution.

“In the past they have had to go out and find some gurus to come on their journey with them and build their code. We offer a platform that has a more visual automated approach to application development, so you don't need to find those gurus.

“With our software you can pretty well do it yourself, and create a minimum viable product that allows you take something to the venture capitalists. You can get something to market much faster, and validate your ideas with your potential pilot customers very quickly.

“FinTech is booming in Australia, but it’s a very competitive market. With OutSystems we’re lowering the barrier to entry to people actually have to work on the platform. It’s  a very visual process.”

More in this category: « Despite pandemic, IDC sees AI global revenue rising by 12.3% IDC sees personal computing device shipments falling away in 2021 »
Share News tips for the iTWire Journalists? Your tip will be anonymous