IT 2020 spending trending down, but some bright spots exist: IDC 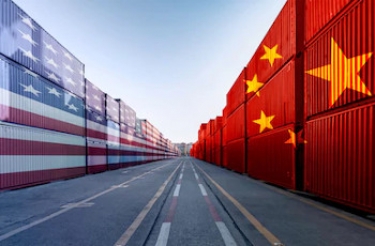 A number of indicators for IT spending backs forecasts that while 2020 may see a decrease in overall tech spending, there is scope for short-term investments by businesses as part of their response to the coronavirus pandemic.

Tech analyst firm IDC said businesses whose views were canvassed in a global survey had identified traditional technologies - like PCs, mobile device, server and storage infrastructure and IT services - as areas where there would be cutbacks.

However, these businesses were positive about continuing funding for cloud and new technologies like artificial intelligence and the Internet of Things.

"There are individual examples of organisations increasing their IT spend on technologies such as laptops in order to support employees working from home, but the overall survey results support our view that total spending on those products will decline as many companies revert to contingency plans and cuts in capital spending," said Stephen Minton, vice-president of IDC's Customer Insights & Analysis group.

"Cloud seems to be resilient, with some firms continuing to increase their spending even while others focus on ways to cut costs in the short term."

IDC has created an index called the COVID-19 Tech Index which uses a scale of 1000 to provide an indicator of the outlook for spending on technology. It is based partly on a global survey of IT buyers and partly on market indicators.

Country-level inputs relate to factors like the medical infection rate, social isolation and government stimulus, with scores above 1000 indicating an increase in IT spending and vice versa.

The intent of buyers in the most recent survey, conducted in March, was more or less flat, with IT spending declines in Europe and the Asia-Pacific region, while expectations in the US were more positive.

"There is probably some lag in the full impact of COVID-19 becoming apparent to all enterprise IT buyers," said Minton.

"Some US firms were still projecting overall budget increases as late as the last week of March, but we think this is more likely to go down than up in the coming weeks. European firms were the most pessimistic in terms of overall IT spending."

More in this category: « Airwallex raises US$160 million IDC expects global IT spending to fall by 5.1% in 2020 »
BACK TO HOME PAGE
back to top