INVITATION: Celebrate 30 years of the Internet in Australia with a special Gala Dinner on October 31 in Sydney Featured 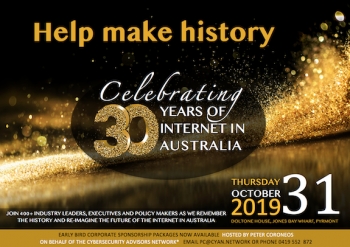 On 31 October, over 400 industry leaders, pioneers, technologists, entrepreneurs, decision makers, executives and policy makers will gather to remember the history – and re-imagine the future – of the Internet in Australia.

Peter Coroneos, who led the Internet Industry Association from 1997 to 2011 and a group of high profile personalities who share his passion for the Internet, couldn't let the 30th anniversary of the Internet in Australia pass without a major celebration.

Mr Coroneos said “We will remember the pioneers who made the Internet what it is today, and will thank those whose passion and vision live on in the services that most people now take for granted.”

“We want anyone who is passionate about the internet to join us in celebrating the most fundamentally transformative technology to have occurred in our lifetime.”

“We will take a retrospective and prospective view of this phenomenal journey”, he said.

The event will recapture the spirit of the iconic IIA gala dinners of the past, which became legendary in the industry for their energy, originality and humour. They attracted international speakers including a former US presidential advisor, two US Federal Trade Commissioners, Google’s head of global policy, Richard Neville the iconoclastic author and free speech commentator, and the national media. The IIA Gala Dinners themselves became part of the rich narrative of the history of the Internet in Australia.

So, what happened 30 years ago?

In 1989, the first trans-Pacific link from Hawaii to Australia heralded the beginning of Australia’s connection to what would become the global Internet.

From the early 1990’s, the number of Internet users grew steadily, from a small band of enthusiasts on low bandwidth, dialup connections to today, with near-universal adoption over broadband, dominating much of the nation’s commercial and social activity.

However, the birth of the Internet was not without its challenges. While the technical hurdles were slowly overcome by innovation and the ingenuity of a growing band of techs, the policy challenges thrown up by a medium that is by its nature disruptive, were in some ways more critical to the development of the Internet as we now know it.

You'll hear from some of the pioneers and revolutionaries as they recount the highs and lows of delivering to Australia what’s now taken for granted, including streaming. What was it like being at ground zero? And what kind of future will the Internet bring?

The event will feature an address by Australia’s recently appointed Minister for Communications, the Hon. Paul Fletcher MP, and an expert panel of high profile personalities.

Full details, early discounts, bookings and sponsorship options can be found at the event website 30iGala.com.au. 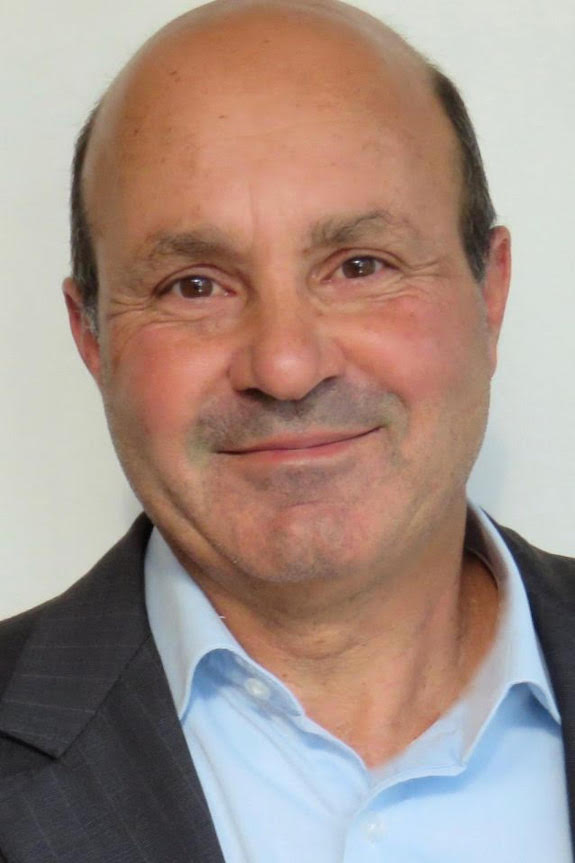 The event host, former Internet Industry Association chief, Peter Coroneos is highly regarded for his passionate commitment to a safer, fairer, faster and more trusted internet in Australia, and for his sustained efforts in safeguarding its transition from emergent to mainstream. His mandate saw him influence national policy in areas ranging from copyright, content, censorship, broadband, privacy, online child protection, disability access, cybersecurity and the regulation of spam. He is well known for the pioneering work on the icode malware mitigation scheme, which saw him twice invited to the White House to advise the Obama Administration on cybersecurity policy. He currently serves as International Vice President of the global Cybersecurity Advisors Network.

iTWire is a media partner of the event.