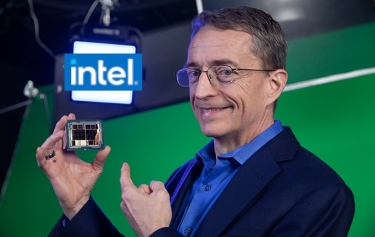 After the last decade of mostly incremental changes and 7nm missteps, along with getting its butt seriously kicked by AMD, Intel's CEO Pat Gelsinger has announced an ‘IDM 2.0’ strategy for manufacturing, innovation and product leadership. Is Intel back?

Intel CEO Pat Gelsinger has outlined the company’s path forward to manufacture, design and deliver leadership products and create long-term value for stakeholders in an online presentation you can see embedded below at the end of this article, and which can be seen at Intel here.

Gelsinger announced significant manufacturing expansion plans, starting with an estimated $20 billion investment to build two new factories (or “fabs”) in Arizona. He also announced Intel’s plans to become a major provider of foundry capacity in the U.S. and Europe to serve customers globally.

The news comes as the world wondered whether Intel would recover after the last few years of serious and continuing AMD advances in chip design, performance, development and 7nm leadership, which AMD is accelerating.

As a side note, it is interesting that Intel managed to get this out in the month of March, because I was seriously considering writing an April Fool's article on Intel buying AMD, because it would be the only way to save the company, and that if you can't beat 'em, heck, buy 'em.

While such a joke article would still have merit, especially given that Intel is yet to actually build its two fabs at an approximately $20 billion cost, it would be less believable in light of this news, so this paragraph will have to suffice - and I'll have to think of something else to write about for April 1.

There's also the incredibly HUGE threat that Apple poses to Intel and the world of CISC processors with its RISC-based and massively customised ARM processors, starting with the M1, upon which I'm typing now.

Intel's 10th-generation Core i3 is an absolute DISGRACE compared to the M1 MacBook Air I'm typing on now, and while no-one ever gets excited by an i3 processor, the fact Apple has its entry-level M1 MacBook absolutely blowing the Core i3 to smithereens, and much more powerful Intel processors besides, while being complete fanless.

The M1's stunning performance, coupled with the fact the M1 will be the slowest desktop-class processor Apple will ever produce, shows Apple is a massive threat to the industry.

Frankly, Intel needed to make the announcement it did today to ensure it actually has a future and doesn't become wiped out like Intel did to DEC decades ago.

So, what did Pat Gelsinger say, and what are all of the announcements, including "bringing the spirit of Intel Developer Forum event back this year with Intel Innovation event planned for October in San Francisco"?

Gelsinger said: “We are setting a course for a new era of innovation and product leadership at Intel.

“Intel is the only company with the depth and breadth of software, silicon and platforms, packaging, and process with at-scale manufacturing customers can depend on for their next-generation innovations.

"IDM 2.0 is an elegant strategy that only Intel can deliver – and it’s a winning formula. We will use it to design the best products and manufacture them in the best way possible for every category we compete in.”

Intel says IDM 2.0 "represents the combination of three components that will enable the company to drive sustained technology and product leadership:"

To accelerate Intel’s IDM 2.0 strategy, Gelsinger also announced "a significant expansion of Intel’s manufacturing capacity, beginning with plans for two new fabs in Arizona, located at the company’s Ocotillo campus. These fabs will support the increasing requirements of Intel’s current products and customers, as well as provide committed capacity for foundry customers.

"This build-out represents an investment of approximately $20 billion, which is expected to create over 3,000 permanent high-tech, high-wage jobs; over 3,000 construction jobs; and approximately 15,000 local long-term jobs."

Gelsinger commented: “We are excited to be partnering with the state of Arizona and the Biden administration on incentives that spur this type of domestic investment.”

Intel said it "expects to accelerate capital investments beyond Arizona, and Gelsinger said he plans to announce the next phase of capacity expansions in the U.S., Europe and other global locations within the year."

Intel also "plans to engage the technology ecosystem and industry partners to deliver on its IDM 2.0 vision."

To that end, we're told that "Intel and IBM today announced plans for an important research collaboration focused on creating next–generation logic and packaging technologies.

"For more than 50 years, the two companies have shared a deep commitment to scientific research, world-class engineering and a focus on bringing advanced semiconductor technologies to market. These foundational technologies will help unleash the potential of data and advanced computation to create immense economic value.

"Leveraging each company’s capabilities and talent in Hillsboro, Oregon, and Albany, New York, this collaboration aims to accelerate semiconductor manufacturing innovation across the ecosystem, enhance the competitiveness of the U.S. semiconductor industry and support key U.S. government initiatives."

Finally, Intel said it is "bringing back the spirit of its popular Intel Developer Forum event this year with the launch of Intel On, a new industry event series."

Gelsinger encouraged technology lovers to join him at this year’s Intel Innovation event planned for October in San Francisco, although whether any Australians will be able to attend depends on whether Australians are allowed to leave the country, and whether the vaccine rollout reaches enough people in enough time, because I'd certainly love to go, but whether

Hopefully, all of this brings Intel back to life, and supercharges competition between Intel, AMD, Apple, Qualcomm, TSMC, Samsung and everyone else that makes processors, SOCs and more. That's because the industry sorely needs the competition to create and deliver the kind of computing power promised by countless science fiction novels, TV shows and movies, and goodness knows no-one wants a repeat of the 2010s where gen-to-gen, Intel processors weren't anywhere near as compelling as Intel made them out to be.

We also need Intel to smash past the issue of Intel delivering real new power as it did during the pre Core-series days, where Intel delivered the goods, but then saw new versions of Microsoft Windows take it all away.

Apple has proven that it can deliver a processor that makes software designed to run on Intel processors run faster and better on an M1 than an Intel. Despite Intel's best efforts at portraying the 11th-gen Intel Core-i series as better than an M1, there mere activation of the updating Windows 10 process on a brand new laptop causes the fans to run at full speed for seemingly no good reason, and Intel can't afford to let cooling fans end up being the only fans it has left.

Today's announcement is a great start, but Intel is already behind, no matter how many tens of billions they throw at the problem, so I sincerely wish Intel the best and genuinely hope this is the moment Intel truly goes to Warp Factor 11, which as I noted before, will only encourage the seriously impressive efforts from AMD and the even more impressive efforts from Apple to work even harder, with end-users - all of us - the winners of any such scenario.

More information and a replay of the webcast is here, and the event is embedded below.

More in this category: « Asia-Pacific market for traditional PCs mostly flat in 2020: IDC AI use in Asia-Pac restricted to isolated projects: IDC »
Share News tips for the iTWire Journalists? Your tip will be anonymous