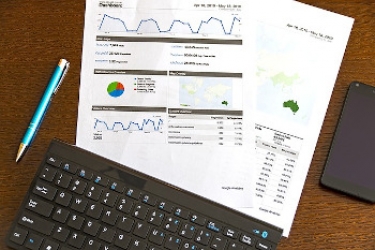 Image by Photo Mix from Pixabay

Global spending on IT is trending down, with the technology analyst firm IDC says it now expects a drop of 5.1% to US$2.25 trillion due to the coronavirus pandemic.

Last month, the company had indicated that while there would be a decrease in overall spending, there was scope for short-term investments by businesses in response to COVID-19.

IDC said in its latest update that it expected ICT spending, which includes telecommunications and business services, to fall by 3.4% to a little over US$4 trillion.

However, IT infrastructure spending was expected to grow by 4% to US$237 billion, with the additional demand for cloud services offsetting the dropoff in business capital expenditure.

"Inevitably a major economic recession, in Q2 especially, will translate into some big short-term reductions in IT spending by those companies and industries that are directly impacted," said Stephen Minton, program vice-president in IDC's Customer Insights & Analysis group.

"Some firms will cut capital spending and others will either delay new projects or seek to cut costs in other ways.

"But there are also signs that some parts of the IT market may be more resilient to this economic crash in relative terms than previous recessions with technology now more integral to business operations and continuity than at any time in history."

The main drag on spending will be the lack of upgrades for devices like PCs and smartphones, with the latter expected to be upgraded to 5G models before the pandemic hit.

"Where there is growth, most of it is in the cloud," said Minton. "Overall software spending is now expected to decline as businesses delay new projects and application rollouts, while there is a fundamental link between employment and spending on things like software licenses and campus networks.

"On the other hand, the amount of data that companies must store and manage is not going anywhere. Increasingly, even more of that data will be stored, managed, and increasingly also analysed in the cloud."

IDC said while IT services spending would fall, there was a part of its which would stay constant as it was needed for existing services.

"IT spending is very uneven right now with businesses dealing with the type of crisis that was not envisaged in many contingency plans," said Minton.

"...we expect to find that early adopters of cloud and other digital technologies were best positioned to ride out this kind of storm with the least amount of disruption from an operational perspective, even if the direct impact on revenue is still more affected by external factors that no CEO or CIO saw coming."

More in this category: « IT 2020 spending trending down, but some bright spots exist: IDC Quantum computing in Finland »
BACK TO HOME PAGE
back to top