IDC downgrades growth forecast for 2020 IT spending in APEJC 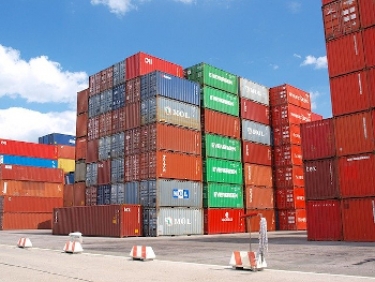 Image by Wolfgang Schröpfer from Pixabay

Global market intelligence firm IDC has downgraded its forecast for IT spending in the Asia-Pacific region, excluding Japan and China (APEJC), from 5.2% growth, which it forecast in January, to 1.2% due to the impact of the coronavirus outbreak in the region.

IDC said globally IT spending was expected to grow at 1.3% compared to an earlier forecast of 5.1%, with China expected to bear the brunt of the impact.

The company said the growth forecast could drop further once statistics for March were taken into account.

“Some of the biggest impacts we have seen as a result of COVID-19 are the changing demands on technologies, processes, and mindset as they relate to work-from-home mandates and supply chain disruptions,” said Sandra Ng, group vice-president, Practice Group at IDC Asia/Pacific.

“Not all organisations have the culture or the experience in enabling a work-from-home workforce. Even for organisations in the tech industry, the increased capacity load on network, cloud and other technologies is unprecedented.

"Based on the latest data of our Future of Work Employee Survey 2020, in countries like Singapore, India, Hong Kong and ANZ where considerable organisations provide work-from-home, we have already seen an uptake of video meetings, audio conference calls, and collaboration platforms as a result of rethinking work.”

IDC said sales of devices — which include personal computing, mobile phones and peripherals — which made up about 80% of the total IT spend, would be greatly affected, with a drop from the original forecast (3%) to -3%.

The company provided no figure for software spending, but said there would be a slowdown due to the impact on transportation, manufacturing, retail, personal and consumer services and banking, which in turn would delay the discretionary spending on software licences.

"IDC estimates that the impact would be seen across all software markets like application development and deployment, applications, and system infrastructure software with the exception of digital workplace, cloud platform and automation technologies which can aid in the current situation," the company said.

IT services were also listed as being affected by the current situation, with IDC lowering the growth forecast from 5.6% (predicted in January) to 4.6%.

"The overall Asia/Pacific excluding Japan services market is likely to experience a hit in the first eight to nine months and rebound in the remaining of the year should the virus be contained by early Q3 in the region," IDC added.

More in this category: « IDC sees Europe 2020 ICT growth halving due to coronavirus effect Server, biz storage systems markets to decline in 2020: IDC »
back to top