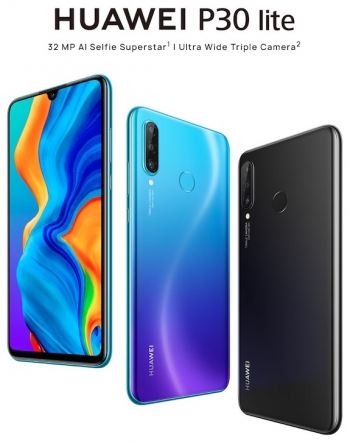 Despite well-publicised global challenges, Huawei sold 10 million of its P30 series smartphones within 85 days after launch (and 62 days faster than the P20 series) and sold 90 million more devices before May 2019.

The US-China trade war, that has caught Huawei in its wake, still isn't resolved, but there is light at the end of the tunnel. US President Donald Trump made comments about the US/China trade war at the recent G20 summit, seemingly allowing Huawei access to buying software and hardware from Western sources again.

While this is yet to be clarified, we're still in the original 90-day grace period that ends in August, and existing Huawei smartphones and tablets will continue receiving Android OS and security updates, as well as continuing to have access to the Google Play Store.

Meanwhile, Huawei computers running Windows are not only back on sale in the US and Australian Microsoft Stores, but they will also continue getting Windows OS and security, too.

So, while there has been confusion over what the trade war crossfire and Huawei bans might mean to future sales, with some kind of positive resolution ultimately likely, the fact remains that Huawei sold 100 million smartphones in the year to May 30.

Now it is like a champion racehorse that has been saddled down with weighted "handicaps", making life more difficult for the company, but writing Huawei off would clearly be a mistake.

Its Chinese, South Korean, Taiwanese and American competitors need the competition, because we as consumers are better off with companies competing fiercely rather than companies stagnating (as we saw with Intel until the AMD resurgence and the ARM revolution).

Thus, while the jury is out on how many smartphones Huawei will sell over the next year, and whether further smartphones will still be using Android OS or not, or its own Android-app compatible OS in the form of the the HongMeng or Ark OS, Huawei is clearly determined to thrive in the face of adversity.

Indeed, Huawei states it was "proud to today announce it’s had a record-breaking year, with over 100 million smartphone shipments achieved globally", with its Consumer president of Handsets, Kevin Ho, sharing the news at the recent MWC Shanghai Global Device Summit.

Ho revealed the P30 Series played "a significant role, with the flagship’s volume of sales hitting 10 million just 85 days after its launch, 62 days less than the P20 Series".

And, while I have never made a secret of a love of iOS and iPhones, and refer to it constantly, there is absolutely no question that Huawei has done a brilliant job with its P30 smartphone, and an even better job with the P30 Pro, both of which launched in March 2019.

The P30 Pro has a spectacular series of cameras, enabling users to even take 50x digitally zoomed yet surprisingly amazing photos of the moon, complete with craters, something I've never been able to do on any other smartphone, and something that used to bug me whenever I did try taking a photo of a huge moon low in the sky.

Of course, life isn't all about taking zoomed in photos of the moon, but the P30 Pro (and Mate 20 before it) have pushed forward mobile technologies and have caused competitors to catch up.

Reverse wireless charging and a widescreen camera lens has been standard on the Mate 20 Pro and P30 Pro flagships, and is only something we expect to see on the 2019 iPhones - and is something Samsung only caught up with in its S10 series released earlier this year, too.

Widescreen photography was first introduced on LG smartphones well before anyone else, and with the feature standard on various Huawei phones, on Samsung's S10 models and expected at long last in the forthcoming 2019 iPhones, the world of photography via smartphones is incredible today, with progress advancing at a rapid clip.

A now well-known example of this is Huawei's re-engineering of the RGB sensor in one of its P30 Pro cameras to have a RYYB sensor instead, changing the green in RGB to yellow in RYYB, thus letting in 40% more light and enabling incredible night photos that are frankly astonishing.

In any case, Huawei itself characterises just some of these advances as having been "praised for its leading camera capabilities, stylish design and incredible AI integration", alongside having an "award-winning P30 Pro camera" that has been "redesigned with an all-new Leica quad camera system including a new sensor which allows more light than ever before, providing the best low-light performance of any smartphone camera to date".

It has seen the P30 Pro coined by many industry experts as the “Best Flagship of 2019” and offering the “Best Smartphone Photography", which not only benefits P30 Pro owners, but which pushed Samsung to do better with its S10+ and which will see Apple catch up somewhat, but sadly probably not completely, with its otherwise excellent iPhone cameras that have also steadily improved year after year, but without (as yet) the quantum leap the P30 Pro provided.

The P30 also has great cameras, with a 3x optical zoom that matches the advance of the Mate 20 Pro from 2018, and with firmware, software and OS updates, Huawei's cameras have only gotten better - as software updates are meant to deliver, and do.

Larking Huang, the managing director of Huawei Consumer in Australia, said: "It’s been a record-breaking year for Huawei flagship devices, and we are so proud to have such a loyal customer base. We are committed to Australians and will continue investing in R&D to ensure we meet their needs by developing innovative yet nimble devices".

Huawei Australia also recently launched the latest device in its P30 Series, with this model being the HUAWEI P30 lite.

Billed as an ultra-light weight and cost-efficient option to its two predecessors, it also comes with a triple camera that features an ultra-wide lens, 3340mAh battery, 6.15-inch screen and more, and being priced at $499, it is a strong mid-range challenger.

Available at JB HiFi and Harvey Norman, Huawei is offering the sweetener of "a free pair of Huawei FreeBuds lite, valued at $199", and available only while stocks last, which will naturally help Huawei sell tens of millions more smartphones over the next year.

For those wanting the more powerful Huawei P30 and the ultra premium flagship P30 Pro, these retail at AU$1,099 and AU$1,599 respectively, in two colours, from JB-Hi Fi, Amazon, Harvey Norman, Mobile Citi, bNEXT and Kogan, as well as telcos Telstra, Optus and Vodafone.

The fact Huawei models are widely available from retailers as well as Huawei's assurances that it will not only continue making OS and security updates available, including to the upcoming Android Q 10 OS in the future, as well as forthcoming EMUI 9.1 Android 9 OS upgrades to its Mate 10/20 series and its Nova 3i/e series later this month, and to the P30 Lite in August, Huawei makes and stakes its claim to be here for the long run.

Obviously, if you're in the market for a new Android smartphone, all the choices are available to you, from traditional Android makers including Samsung, Google, LG, HTC, Motorola and many more, through to the iOS ecosystem of new and refurbished iPhones for those who aren't on the Android side of the fence, but clearly with all of the current products Huawei has on sale globally in stores right now, it very much remains a viable and competitive choice.