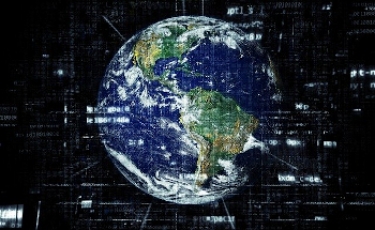 Engineers from the Chinese telecommunications equipment vendor Huawei Technologies are leading a bid to build an alternative global network to the Internet, and presented a proposal for what is called New IP to delegates from about 40 countries in Geneva last September, London's Financial Times claims.

This system is already being built across many countries, the report claimed, and if it was endorsed by the International Telecommunications Union that would mean countries could choose between the existing Internet and the new one.

The meeting at which the Huawei team made the presentation was organised by the ITU, an agency that sets global standards for new technologies.

The FT report, published on 28 March, said there was not much technical detail of how the network would work in the PowerPoint presentation that the Huawei team brought to the meeting. Instead it was full of images of futuristic technologies like self-driving cars and holograms.

New IP was described as an effort to change the way the Internet is run and include the involvement of governments who were left out when it was started back in 1969 as a project with the US Defence Advanced Research Projects Agency.

The FT report said that Huawei's view of New IP was that it was meant to meet the technical needs of an evolving digital world and that no specific governance model had been designed. The newspaper said its information about the project was based on two jargon-filled documents it had been shown.

Both these documents were presented to ITU delegates, one in September 2019 as mentioned, and the second in February this year. The latter document was a technical standards proposal. The first, as mentioned, was a PowerPoint presentation titled "New IP: Shaping the Future Network."

FT writers Madhumita Murgia and Anna Gross contrasted the existing Internet - with its lack of a central controlling authority - with the Chinese model that "could embed a system of centralised rule enforcement into the technical fabric of the Internet".

They said countries like Saudi Arabia, Iran and Russia had previously shown support for Chinese proposals for alternative network technologies.

The New IP presentation presented a vision of a digital world a decade hence, with virtual reality, remote surgery and communication through holograms was common. Each country would be able to control that part of the new network that caters to its citizens within national boundaries.

Portions of this network will be ready for testing in 2021, the report said. Comments from ITU delegates leaked to the paper expressed concern at the change in the model from the existing Internet.

One UK delegate was quoted as saying: "It is far from clear that technically sound justifications have been made for taking such a radical step. Unless these are forthcoming, reasonable foundations for future work or even continued research activities on these topics are either weak at best, or non-existent.”