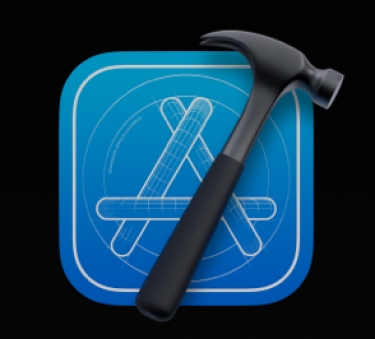 Apple has now announced iPadOS 15 is coming later this year and with it the ability to develop iPad and iOS apps right on your iPad and submit them to the App Store for publication.

The iPad began life as a media consumption device; it was a highly popular supplement to your regular desktop or laptop for on-the-go web browsing, gaming, photo viewing, and more. Yet, it wasn’t the device for choice for creation. You couldn’t easily or effortlessly write a novel, build websites, develop software, or perform other tasks. Over time advancements in video editing and music composition have appeared, productivity apps have surfaced along with full-sized keyboard accessories. Now the latest iPads come with the M1 processor the iPad is truly a powerful device that realistically has capability and power which is being held back by the operating system.

In iPadOS 15, coming later this year, Apple is bringing some substantial new offerings that genuinely make software development for iOS and iPadOS something you can do on your iPad. Historically this always required a Mac computer running Apple’s Xcode integrated development environment. In fact, even cross-development tools like Microsoft’s Xamarin still required a Mac with Xcode to sign and publish your iOS creations even if you did most of the work on a PC.

Those days will soon be over. Coming with iPadOS 15 is Swift Playgrounds 4, Universal Control, and a new SwiftUI. Also coming is Xcode Cloud. For software developers, these innovations turn your iPad into a true software development powerhouse from start to finish. Experienced developers will benefit by increased ability to program away from their home or office, while those who only have an iPad and may never have dreamed of making their own app before will find a whole new world of possibility open up before them.

Swift Playgrounds is Apple's free Swift tutorial and experimentation app. It provides colourful worlds to work in and manipulate as you take lessons, while also providing a free-text Swift editor and runtime environment to try out ideas. The new Swift Playgrounds app, coming later this year, will include facilities to build iPhone and iPad apps directly on the device itself, and submit them straight to the App Store for publishing and monetisation.

A new open project format will be supported in Swift Playgrounds as well as Xcode on the Mac, allowing people with multiple devices versatility in where they create. 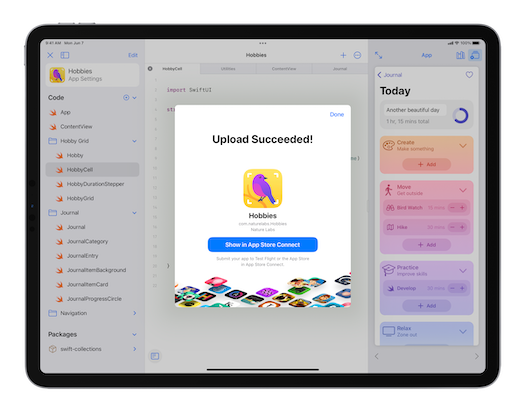 Universal Control is a new feature in iPadOS 15 and allows users to work with a single mouse and keyboard to move between iPad and Mac, for a seamless experience with no setup required. Users can even drag and drop content back and forth between devices — great for sketching a drawing with Apple Pencil on an iPad and placing it into a Keynote slide on Mac, for example. You can put your Mac and iPad side-by-side and work equally on both from the one set of input devices.

Meanwhile, the Swift language is being expanded to support concurrency. This feature can’t be understated. It means developers can write code to perform work in parallel. Your app can process vast amounts of data while still remaining responsive to user input - it’s no longer a one-or-nothing world.

SwiftUI will be available in Swift Playgrounds, allowing the apps you create to enjoy great user interfaces.

Xcode Cloud is a new continuous integration and delivery cloud service for Apple developers. It will be built into Xcode 13 and allows developers and teams of all sizes to build, test, and deliver high-quality apps more efficiently. It can build apps in the cloud to free up your development Mac for other tasks, as well as test your apps on simulated versions of every current Apple device, then deploy a build for internal testing or through TestFlight.

Developer betas for iOS 15, iPadOS 15, macOS Monterey, watchOS 8 and tvOS 15 are available to Apple Developer Program members already. Public betas will be available next month, with the final release later this year. iPadOS 15 will run on the 5th generation and upwards iPad, and all iPad Pro models.

Xcode Cloud is available as a limited free beta now, expanding access through the year. It will be available to all developers during 2022, and more information including pricing is yet to be revealed.

“We’re thrilled to provide our developer community with powerful new tools and technologies to help create even more compelling and higher-quality apps while engaging with their users in all-new ways through the App Store,” said Susan Prescott, Apple’s vice president of Worldwide Developer Relations. “With the robust set of tools included in Xcode Cloud, continuing innovation in the Swift programming language, a wide range of new APIs and even more ways to reach users — Apple’s platforms have never been stronger.”

More in this category: « Victoria tech sector forecast to grow 5.8% annually till 2025 Castlepoint attracts $3 million in capital raising »
Share News tips for the iTWire Journalists? Your tip will be anonymous