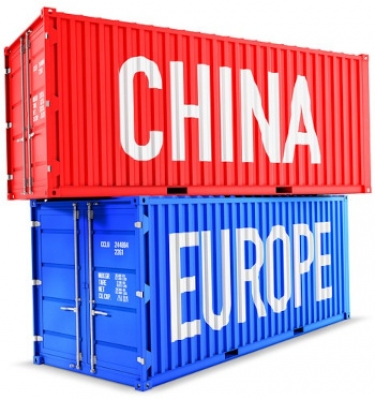 The Eemand generated by the coronavirus lockdown has pushed the Europe, Middle East and Africa traditional PC market to record its strongest growth for the last 22 years, the technology analyst firm IDC says.

The company said in a statement the EMEA traditional PC market surged by 26.4% year-on-year during the second quarter of 2020, to total 20.7 million units.

"Additional notebooks have been the key solution here, jumping 61.4% year-on-year, but even desktops had strong demand with +10.8% year-on-year growth." 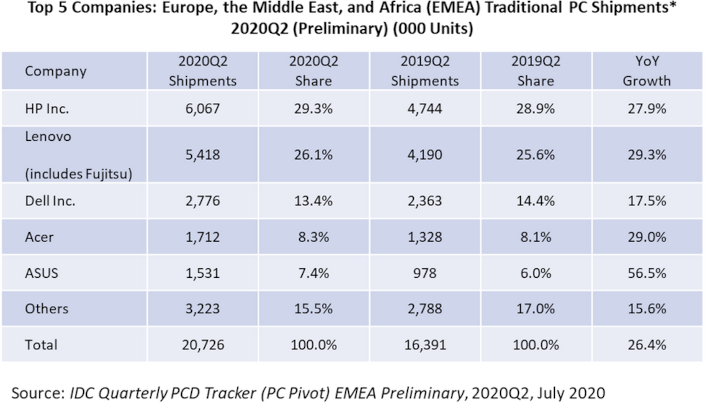 IDC said on the commercial side, growth was entirely driven by the sharp uptake of notebooks (+55.2% year-on-year), offsetting the heavy desktop decline (-30.4% year-on-year). Notebooks were undoubtedly the prominent solution used to address the exceptionally high demand for working and studying from home and were further boosted by a strong backlog from Q1 due to the supply and logistic constraints in the quarter.

There were still pockets of demand for desktops, for example in businesses that were confident that employees would transition full-time to working from home and thus did not require a mobile form factor. However, high market inventory and uncertainties around employees' future working habits led to the negative desktop performance.

Both the central and eastern Europe and the Middle East and Africa recorded outstanding performances in the traditional PC market, especially the former which beat all expectations and posted growth of 29.6% year-on-year. The MEA region grew more modestly, with a 6.9% year-on-year increase.

"The overall PC market was driven strongly by consumer demand coupled with tenders in the public sector and demand across the commercial sectors in general," said Nikolina Jurisic, senior research manager, IDC EMEA.

"PC gaming and the need for entertainment during social distancing certainly helped the increase in desktops," said Jurisic. "The commercial segments grew 13.2% year-on-year, and as expected, notebooks captured the market, reporting growth of 46.0%year-on-year, as companies had to meet increased demand for remote working."

The top five vendors increased their market share in the quarter, accounting for 84.5% of the total market volume, compared to 82.5% in the first quarter and and 83.0% in the second quarter of 2019.

HP continued to lead in the EMEA PC market, with market share of 29.3%, up +0.4 percentage points year-on-year. The vendor enjoyed an increase in shipments of 27.9% year-on-year due to huge demand for work and entertainment devices while staying at home.

Lenovo (including Fujitsu) also held its place, with the second highest market share at 26.1% (+0.5 percentage points year-on-year). Lenovo continued to grow, showing its ability to satisfy the strong demand across both segments.

Dell stayed in third spot with market share of 13.4% - a decrease of -1.0 percentage points year-on-year. The company enjoyed growth for the 16th consecutive quarter, and the quarter saw a 17.5% increase year-on-year in shipments. As with many other vendors, growth came from being able to satiate the demand for education and work equipment for those staying at home.