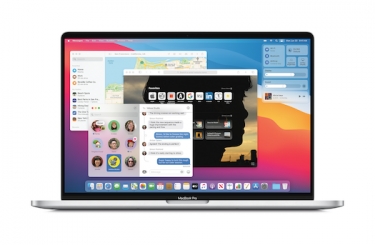 Global hardware and software vendor, Apple, has made a range of announcements for software developers to foster the next generation of apps.

Speaking at its annual worldwide developer conference (WWDC) this week, Apple says it has 23 million developers across its platforms and wants to enable them in bringing more powerful app experiences, as well as better manage and grow their own businesses.

“The Apple developer community inspires us all with apps that help more than a billion users, transform industries, and change the world. This WWDC we’ve introduced innovative new APIs, frameworks, and tools designed to help developers take their app experiences further and reach even more users,” said Phil Schiller, Apple’s senior vice president of Worldwide Marketing. “The App Store ecosystem is more diverse, dynamic, and successful than it has ever been, but we know that to make it better for everyone, there is more we must do together. At WWDC this year we've added online App Store Labs, extended the annual App Store developer survey, and more because we want to hear directly from hundreds of thousands of developers how they want us to improve the App Store for them, and for users.”

Xcode redesign
Xcode is the centre of all Apple development and Xcode 12 has a new look to match macOS Big Sur. Navigator fonts match the system size or can be resized independently, new document tabs make opening multiple files fast and lightweight with interface files, logs and project files all open in their own tab.

SwiftUI enhancements
SwiftUI introduced developers to a modern UI framework and now new lifecycle APIs allow developers to write an entire app in SwiftUI and share the code across all Apple platforms.

App Clips and Widgets
iOS 14 and iPadOS 14 introduce widgets anywhere on any Home Screen page, and App Clips, a fast way to discover and launch new apps within seconds and enjoy part of the full app experience for a single task such as buying a coffee or unlocking a rental scooter. App Clips can be found and shared via NFC, shared links, QR codes and new Apple App Clip codes. Once inside the App Clip users can easily install the full app if they wish.

Greater Access to Apple Platforms
Apple announced developers will have more ways to deeply integrate their apps into core platform features so they can deliver powerful functionality while maintaining user privacy and security.

The new Find My network accessory program will allow third-party devices onto the same Find My utility Apple uses for its own devices (e.g. Find My iPhone), while continuing to offer end-to-end encryption so only the user can see the location of their item.

HomePod will allow third-party music services to be integrated, and for the first time, email and web browser apps can be offered as default options replacing Mail and Safari.

Safari for Mac is adding support for the WebExtensions API already in use by Chrome, Firefox and Edge making it easy for extension developers to work with all four browsers equally and distribute their extensions through the Mac App Store.

Managing and growing developer businesses
StoreKit is a new tool for Xcode allowing developers to simulate subscription setup, in-app purchases and refunds locally on their own Mac. This includes a StoreKit testing framework so developers can automate testing purchase workflows.

Also, for the first time and surely a move welcomed by families, the App Store now supports Family Sharing for subscriptions and in-app purchases.

Mac Catalyst
Mac Catalyst made it easy for developers to bring iPad apps to the Mac. With macOS Big Sur Mac Catalyst apps now automatically inherit the spacious new design and allow developers to keep their Mac app scaled at a resolution to match their iPad app or to create a truly custom Mac experience.

With the app review process developers will now be able to appeal decisions about App Store guideline violations and can challenge the guideline itself.

Bug fixes will no longer be delayed over guideline violations except for those related to legal issues.

Privacy declaration
Developers now have the opportunity to detail their app’s privacy practices right in the App Store for users to review, including the types of data the apps might collect, whether that data is shared with third parties and the option for users to opt-out.

Apple's next operating systems are available in beta form for developers now with general availability later this year.

More in this category: « Apple to switch Macs to own chips beginning this year: Cook Great International Developer Summit Virtual Conference starts 2nd July - Speaker line-up »
BACK TO HOME PAGE
back to top