Apple to switch Macs to own chips beginning this year: Cook Featured 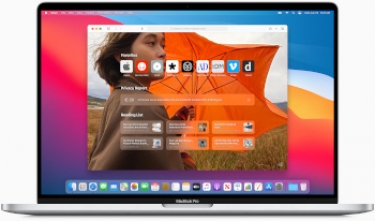 A new customisable start page in Safari will come to the Mac with macOS Big Sur in the Western autumn season.. Courtesy Apple

Technology giant Apple has announced that it will switch to its own processors, based on ARM architecture and that both iPad and iPhone apps would be able to run natively on ARM-powered Macs.

The company currently uses Intel chips for its Macs and the switch will align this line of hardware with its iPhones and iPad's which already use Apple-designed processors.

Apple chief executive Tim Cook said in an address recorded for this year's virtual annual developer conference: “From the beginning, the Mac has always embraced big changes to stay at the forefront of personal computing. Today we’re announcing our transition to Apple silicon, making this a historic day for the Mac.

“With its powerful features and industry-leading performance, Apple silicon will make the Mac stronger and more capable than ever. I’ve never been more excited about the future of the Mac.”

He said the complete switchover would take about two years but the first Macs based on Apple-designed chips would be released later this year. 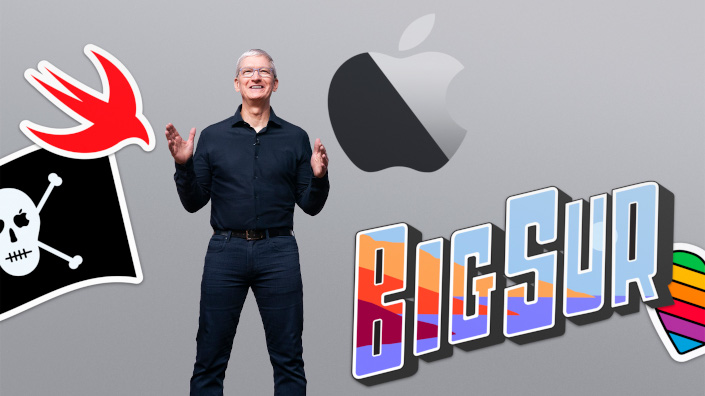 Tim Cook recaps some of the technologies unveiled at WWDC20. Courtesy Apple

Also announced at the Worldwide Developers Conference was an emulation layer named Rosetta 2 that would allow people to run old apps on new Macs.

The company said it would release a new system to allow users to share digital car keys through iMessage. This will work with BMW's 5 series.

Apple also launched macOS Big Sur, the next major release of macOS, that includes technologies to make the transition to its own chips easier.

“macOS Big Sur is a major update that advances the legendary combination of the power of UNIX with the ease of use of the Mac, and delivers our biggest update to design in more than a decade,” said Craig Federighi, Apple’s senior vice-president of Software Engineering.

“With its modern and clean look, huge improvements to key apps including Safari, Messages, and Maps, and new privacy features, we think everyone is going to love the breakthrough experience that macOS Big Sur offers.”

The company announced a new iOS release and said it was "the biggest update ever to Home Screen pages with beautifully redesigned widgets and the App Library, a new way to tap into the App Store with App Clips, powerful updates to Messages, and more".

More in this category: « India's IT spending to fall for first time in five years: Gartner Apple updates the software developer experience - Xcode, changing default apps, challenging reviews and more »
Share News tips for the iTWire Journalists? Your tip will be anonymous