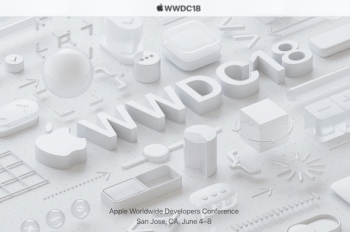 The biggest and best Apple developer conference worldwide is Apple's own yearly WWDC, and instead of being held at Apple's new spaceship-like campus, it's on at San Jose's McEnery Convention Centre.

Apple's Worldwide Developer Conference (WWDC) is celebrating its 29th year in 2018, and will be held over five days from June 4 to 8.

The company tells us that it has chosen San Jose's "McEnery Convention Center" (as centre is spelled in the US) to be "home to the world’s most creative developer community, who come together every year to share unique perspectives and learn about the future of Apple’s breakthrough products and services".

Breakthrough products and services they are, serving as inspiration not only to Apple's customers, and to its incredible breadth and depth of developer talent but also to the world's other technologies who look to Apple's creations, both to legitimise markets and bring them to life, but also to deliver designs and ideas as an unofficial global R&D department for many of the rest of the world's technology companies to shameless rip off, and often copy poorly, without any of the heart and soul Apple imbues into everything it does.

Imitation is the sincerest form of flattery, as they say, until the lawyers get involved, but when you're number one, despite what Fatboy Slim's iconic album cover stated, Apple knows that it must always try harder to keep staying years ahead of the competition.

Yes, there are legitimate cries that Apple's software quality has slipped, that its products are too expensive, that there's still no new Mac Pro, or Mac mini, that Apple locks its products down too tightly, especially with notebooks and Mac Minis that are not quite impossible to upgrade, but vastly harder to do so.

However, that said, Apple has opened up many of the restrictions once placed on its walled garden, and its OS, and often bides its time with things to ensure they're opened up to benefit the user and the ecosystem, in the right way, and while this may not appeal to everyone, it seems to be working well for Apple, its users, developers and ecosystem partners better than ever.

So, what is so special about WWDC, if by some strange reason you've never heard of it before, or haven't paid it the greatest of attention?

Well, as Apple states, every year, WWDC provides "an opportunity for millions of developers to learn more about how to create new experiences across Apple's platforms for iPhone, iPad, Apple Watch, Apple TV, Mac and HomePod".

Apple's explanation continues, stating that "a broad range of robust developer APIs — including SiriKit, HomeKit, HealthKit, GymKit, MusicKit, ResearchKit and Core ML — give developers new ways to help users take command of everything from their health and homes, to how they get around, shop and learn".

A powerful example revolves around WWDC 2017, where "Apple debuted ARKit, and since then, developers with apps in every category on the App Store have embraced inventive ways to engage customers with virtual experiences overlaid in the real world".

As Apple proudly and justifiably boasts, its App Store "is the most vibrant software marketplace in the world. Available in 155 countries across iOS, macOS, watchOS, tvOS and iMessage, the App Store gives Apple customers access to millions of apps to make their lives easier, enrich their passions and connect with people around the globe".

And, on top of all that, if you can't make the main event itself, "developers and Apple enthusiasts everywhere can livestream the conference on the WWDC app for iPhone, iPad and Apple TV, as well as through the Apple Developer website".

Now, with WWDC such an insanely popular yearly event, there's no guarantee you can just get a ticket.

As in years gone by, Apple is allowing developers to "apply for tickets now through 22 March at 10 am PDT via the WWDC website".

You see, tickets are issued through "a random selection process", which is basically like a lottery, and "developers will be notified of application status by 23 March at 5 pm PDT".

As always, Apple's support of the educational sector, which goes back decades, sees students being "an integral part of the Apple developer community".

The company states that "up to 350 WWDC Student Scholarships are available this year, providing students and members of all STEM organisations an opportunity to earn a free ticket to WWDC. Students can now visit the the WWDC website and its scholarship section for details on how to apply".

So, with Apple dedicated to leaving the world a better place than it found it, contrasting with various competitors whose highest purposes seem far less noble, Apple's WWDC events are truly a showcase that the future has already been invented, and developers are vital in ensuring that the futures they see get widely distributed into the present we all live in. 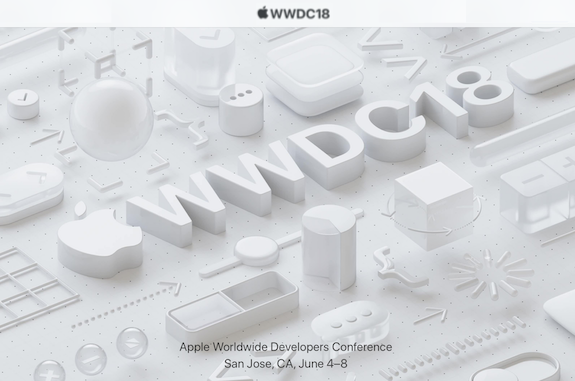 More in this category: « Digital transformation and IoT driving cybersec spending to $134 billion annually by 2022 Telstra's newest venture: an investment in safe drone software maker Cape »
Share News tips for the iTWire Journalists? Your tip will be anonymous