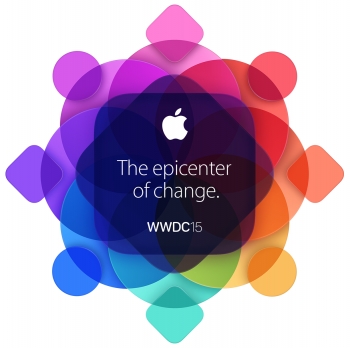 Apple’s yearly Worldwide Developer Conference for 2015 has been announced, with sought-after tickets to be issued to developers through a random selection process.

2015’s Apple WWDC is on in around two months time, with expectations of the first full SDK for the Apple Watch, new functionality for future versions of iOS and OS X and tons of developer support.

This year, the conference is on from 8 to 12 June 2015 at San Francisco’s Moscone West, with Apple promising that more sessions than ever will be streamed to developers.

As per usual, WWDC will ‘feature more than 100 technical sessions, over 1,000 Apple engineers, hands-on labs to help developers integrate new technologies and fine tune their apps, as well as the Apple Design Awards which showcase the best new apps in the last year.’

“We’ve got incredible new technologies for iOS and OS X to share with developers at WWDC and around the world, and can’t wait to see the next generation of apps they create.”

Desire and demand for tickets is always high, and 2015 will prove no exception, so Apple is yet again allocating tickets via a ‘random selection process’, although there will also be 350 WWDC Scholarships available to students and members of participating STEM organisations around the world.

Details on scholarships are here, while developers wanting to apply for tickets can do so via the WWDC website here from right now until Saturday 18 April at 3AM AEST (Australian time), which for US readers is Friday, April 17 at 10 a.m. PDT.

Apple promises that ‘developers will know the status of their application by Tuesday, 21 April at 10 a.m. AEST’ (Australian time). For US readers this is Monday, April 20 at 5 p.m. PDT.

Apple says selected Worldwide Developers Conference sessions will be live streamed throughout the week via the WWDC website and from the WWDC app, ‘giving more developers around the world access to the latest information in real time’, while also promising that ‘videos from all technical sessions will also be available by the end of each day.’

WWDC 2015 activities will include:

Precisely what new exciting hardware and software surprises is yet to be seen. Will an iPad Pro make an appearance? A new Apple TV set-top box, or TV itself? Cool new features in the most stable iOS and Mac OS X yet?

We all just have to wait and see but the event promises to be Apple's most exciting WWDC event thus far, so expectations, as always, are for Apple to knock it out of the park. Let's see just how fast and hard they end it up hitting it!