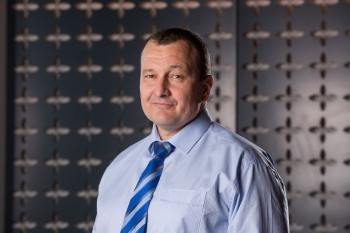 Working with Microsoft, and Microsoft partner Modis, WAPF ran a pilot using Modis’ Data & AI platform that was able to take in information and analyse it efficiently, and also handle translations of data using Azure based cognitive services.

Microsoft and Modis say the pilot of the cloud-AI based Australian developed solution has demonstrated how a different approach can deliver “massive productivity benefits” and by automating the analysis of information and material which police have collected during the course of their investigation frees officers from the grunt work, allowing them to focus on more value adding tasks.

“Very quickly the collection of data balloons – for example, over 2.8 terrabytes of data are seized in every case involving digital evidence which is managed by the WA Police Force,” Microsoft and Modis said.

“These data collections feature critically important information, and police diligently work their way through the data looking for clues, for patterns and relationships – ultimately for evidence.

“But as a manual task it’s enormously time consuming and the sheer volume of information means things can be missed and connections overlooked. If there is content that needs translating into English there are further delays and costs.”

Detective Inspector Tim Thomas is in charge of covert online operations, digital evidence operations and cyber-crime investigations for the WAPF, and with around 8000 personnel working in the WAPF WA Police Force, Thomas is constantly scouring for opportunities to do things differently, exploring what might be possible to support grassroots policing.

Thomas explained the “power and the peril of data”, citing the Yorkshire Ripper case as an example of how critical information can hide in plain sight.

“During the Yorkshire Ripper investigation the West Yorkshire Police were overwhelmed with information. Whilst they interviewed the murder, (Peter) Sutcliffe, on nine separate occasions the information management challenges were very obstructive. Put simply, they were unaware of information which they had.

“Whilst information technology alleviated this problem for a while that grace period is now over. The same technology which saved us is now swamping us with incomprehensible quantities of information. Something has to change, and that’s the point of the Data & AI platform proof of concept (POC), to help us find the important information we don’t realise we have.”

According to Microsoft and Modis, the early results of the pilot have been impressive.

Anthony Doig, director of Innovation for Modis, said:“We’ve found addresses or bank accounts or firearms in hundreds of thousands of images and are taking a few hours to do that rather than a few months. It’s generating reports in seconds.

“Importantly the pilot showed that it was possible to identify links that might take a long time to identify manually.

“It has found a photo of a person, and then completely different data, say a text message or the mention of that same location the day before, so you can start connecting up those pieces of information and presenting them back to police.”

Doig said that in one case the platform examined data associated with an investigation that had been underway for six weeks and identified 18 points of interest to present to the police.

Nichole Whyte, Public Safety and National Security lead for Microsoft Australia, said: “Having a close relationship with WAPF over many years, we were very aware of the challenges that law enforcement faced with the explosion of digital evidence. It was clear that the information WAPF had gained over the decades was an asset that needed to be better utilised.

“With cloud and the launch of our Azure Central Regions in Canberra, it was no longer the case of technology needing to catch up to support policing and other similar agencies, the question was more around the art of the possible and how we could work together in partnership to explore and transform investigations today.

“In sharing the concept with law enforcement and intelligence agencies around the country and even overseas, it became apparent from the feedback received and input provided that we had a unique opportunity to exponentially improve productivity and empower analysts and investigators with insights to improve the speed of investigative response,” Whyte said.

And, according to detective inspector Thomas, the speed, efficiency and accuracy delivered by platform “has the potential to change policing across the world”.

“The new platform will be a paradigm changer for police. At the simplest level our analysts and investigators will recover hundreds of hours of time which they were spending on mundane data management tasks, and we’ve barely begun to explore the high end potential.

“I’ve seen the Data & AI platform present complex information patterns in minutes, it does things which we just couldn’t do before. I can’t begin to tell you how profound the change is going to be, it truly is the art of the possible.”