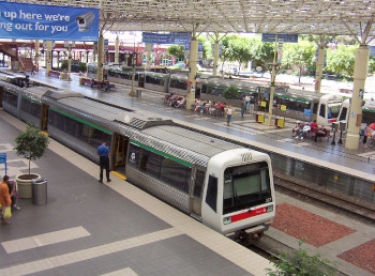 The Australian arm of Chinese telecommunications equipment vendor Huawei Technologies has been forced to abandon a $136 million deal with the Western Australian Government due to trade restrictions imposed on the firm by the US Government.

WA Minister for Transport and Planning Rita Saffioti announced the termination of the deal on Friday, saying that trade restrictions imposed by the US Government on Huawei Australia had created a force majeure event under the contract, which the parties have been unable to overcome.

Wikipedia defines force majeure as "a common clause in contracts that essentially frees both parties from liability or obligation when an extraordinary event or circumstance beyond the control of the parties, such as a war, strike, riot, crime, plague, or an event described by the legal term act of God, prevents one or both parties from fulfilling their obligations under the contract".

A Radio Systems Replacement project is to be delivered through a new arrangement. Whether the deal will go ahead without Huawei, or will be terminated altogether is yet to be decided.

Huawei finalised the deal in July 2018 to build and maintain digital radio services that would provide voice and data services across the rail network in Perth.

At the time, Huawei said the project, estimated to be completed in 2021, would be undertaken for the Public Transport Authority as a joint venture with services provider UGL.

It was meant to build an end-to-end digital radio solution across the PTA’s 180km electrified rail network and the new twin tunnels of the Forrestfield Airport Link. The joint venture was meant to design, install and commission the service and maintain it for five years from completion, with options for a further 10 years.

Saffioti said Huawei and UGL had assured the government that US trade restrictions in place would not affect execution of the project. However, further curbs, put in place in August 2019, led to the conclusion that the deal would not be workable.

"It is extremely unfortunate that the State Government's project — which is limited to a radio network for train drivers and transit guards — has been caught up in the ongoing trade dispute between the US and China," Saffioti said.

"Given the trade dispute, and the current economic and health crisis facing the world, the PTA has recommended a fresh approach for the radio replacement project.

"We'll continue to work towards the delivery of a high quality radio system at the best possible price for taxpayers."

Contacted for comment, Huawei Australia Corporate and Public Affairs director Jeremy Mitchell said: "Huawei is widely regarded as a world leader in railway communications and Western Australians were in line to benefit from our best-in-class technology on the PTA project but sadly that will no longer be possible."