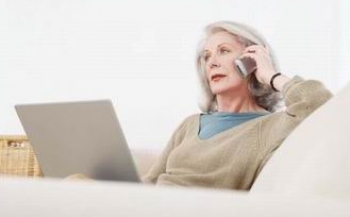 Potentially thousands of elderly Australians have lost their phone number for good, with the new receivers of telecommunications company ONESeniors announcing existing landline numbers will have to be terminated.

The creditors of former ispONE and Conec2 brands iBoss and One Telecom have appointed new receivers, and have subsequently cancelled the existing contract with Telstra.

"We have been advised today that the new receivers have terminated supply arrangements with Telstra. Telstra services were previously only suspended," said the statement from rescue owner Vocus Communications.

"The impact for ONESeniors customers is that they will no longer be able to keep their existing landline number."

Vocus clarified that customers still with ONESeniors have now lost their landline number foreverm and that even with a new provider it cannot be used again. The supply arrangement with Telstra was initially suspended on 2 May and the termination today means the phone numbers of 10,000 pensioners have been lost and cannot be recovered or ported to a new provider.

"Their existing number is lost and cannot be recovered. Any new services with a new supplier will require a new number," said Vocus in the statement.

As iTWire's Graeme Philipson wrote last week, Vocus had issues reconnecting iBoss, One telecom and ONESeniors customers due to "the complexity of the web of companies of the previous owners" and "the lack of support of the other telecommunications suppliers (other than Telstra)".

“To assist affected customers, Vocus has proactively worked with iPrimus to enable new services. iPrimus has set up a dedicated call centre to assist transitioning ONEseniors and One Telecom customers to their new connection," the company said at the time. That call centre is still operating.

"Customers can reconnect with their chosen provider. Vocus arranged for iPrimus to offer new services to customers. The iPrimus hotline number is 1300 314 132," said the latest statement from Vocus.

And, as we reported less than two weeks ago, iBoss had immediately disconnected thousands of customers after it was forced into administration, along with its sister entities One Telecom and OneSeniors.

Last week however Vocus paid $500,000 for the wholesale and residential customers from the failed brands.

More in this category: « Allied Telesis, Panasonic scoring goals in Brazil Australian Rugby Union gets Pure »
BACK TO HOME PAGE
back to top