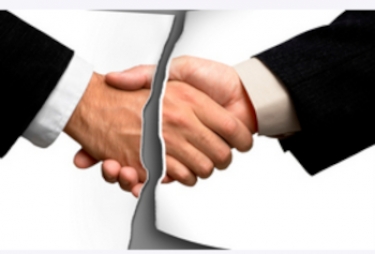 The president of the Australia's Takeovers Panel has told publicly-listed data infrastructure and network services provider 5G Networks that it has must not process any acceptances it gets from Friday onwards in connection with its bidder's statement for the Webcentral Group.

5GN was also told that it had to extend the offer period for not less than one week. The panel said its interim order would be valid until a further order was issued or until two months had elapsed from the date (23 October) of the interim order.

The statement came after an application was made to the panel by Keybridge Capital Limited, an Australian investment and financial services group, seeking interim orders that 5GN stop processing acceptances until its (KCL's) application was considered. It also asked that 5GN extend its expiry of its bid by three weeks.

Earlier this month, 5GN announced that its offer to acquire Webcentral had been cleared to proceed, after the Australian firm outbid the Florida-based Web.com which had offered $12.2 million for Webcentral. Under the offer, 5G Networks will acquire 34.75% of the Webcentral shares. The offer is due to close on 27 October.

Webcentral includes the small and medium-sized business assets of the Arq Group; these include the brands Netregistry, WME, Melbourne IT and Domainz.

Arq Group was earlier known as Melbourne IT Group. One of the earliest domain name sellers in Australia, Melbourne IT was founded in 1996 and became the leading registry provider. It later went public and grew throughout the late 1990s and early 2000s. Other brands that were growing at the same time — Netregistry, Domainz and WME — later became part of Melbourne IT.

The company changed its name to Arq Group when it expanded through the acquisition of Infoready and Outware into enterprise cloud, mobile app, and data analytics. The sale of its enterprise business unit in June to Sydney-based private investment company Quadrant Private Equity on 26 June for $35 million led to a change in name to Webcentral Group.

KCL also said in its application that it sought final orders that Webcentral shareholders be provided with withdrawal rights under the takeover bid or else the bid should be withdrawn.

It also wanted certain shares acquired by 5GN from Webcentral directors vested in ASIC for sale and corrective disclosures made by 5GN and Webcentral.

Commenting on the KCL application, 5GN managing director Joe Demase said it was unable to discuss the application due to the Takeover Panel's rules; however, he said that 5GN directors considered the application had no merit.

More in this category: « Hyland completes Alfresco acquisition Qlik acquires Blendr.io »
Share News tips for the iTWire Journalists? Your tip will be anonymous