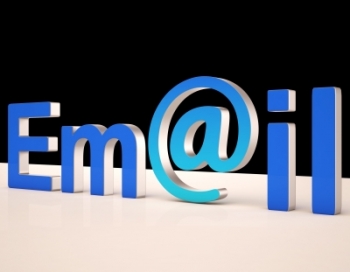 Global US-based technology and services company Synacor has announced its Zimbra email and collaboration platform added more than 100 new customers and expanded deals with 220 others in the second quarter this year.

Syancor reports that customer wins spanned governments, utilities, universities, service providers and businesses around the world – with “deal drivers” including a need for data privacy and security, data sovereignty, scale and cost-efficiencies.

“Zimbra continues to build upon its global reputation of combining the core functionality that drives IT decision making with the next-gen collaboration capabilities that keep businesses moving,” said Marcus Teo, SVP enterprise sales and marketing, Synacor.

“Every new customer we sign and every deal we expand represents Zimbra’s role as a critical business enabler, making us not just technology providers but key partners for our customers around the world.”

Synacor says Zimbra was rolled out or expanded by a diverse set of global organisations during Q2, including major police prefecture in Europe, a public broadcaster in Spain, a large municipality in Poland, as well as:

Asia United Bank Corporation, a Philippines-based financial institution with more than 250 branches, offering a range of banking and other financial products and services, including corporate and consumer loans, deposit products, corporate banking, treasury and trust products and cash management solutions. The company noted that Zimbra’s low total cost of ownership based on the overall functionality provided was important to its business.

EKBO (Evangelical Church Berlin-Brandenburg-Silesian Upper Lusatia), a United Protestant church in Germany serving nearly one million members across more than 1,700 parishes. EKBO stated it was “in a process to implement a state-wide intranet for all employees and volunteers.” It touted Zimbra as an important part of the intranet due to offering “the best functionality and value-for-money solution for email-based communication available.“

And Synacor says that during Q2, its Zimbra X cloud-based email and collaboration platform gained additional market traction following an expansion and upgrade by PenTeleData - a strategic partnership of local cable and telephone companies based in Palmerton, Pennsylvania - to the new platform through 2022

.Synacor also announced an expanded reseller relationship with AZTi based on Zimbra 8.8 and conducted its full week APAC ACTIV8 tour across Bangkok, Jakarta and New Delhi, where it says it gathered more than 60 channel partners to share the latest insights into Zimbra’s evolving functionality and future vision for continued adoption.