Nvidia to acquire Arm for US$40 billion 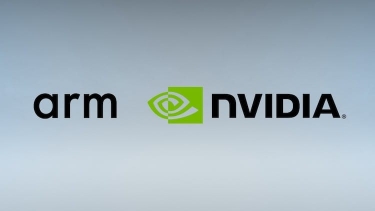 GPU vendor Nvidia has agreed to buy CPU specialist Arm from SoftBank for US$40 billion.

Chips based on Arm CPU technology are widely used in most smartphones and tablets, smart devices and even in some servers. Apple recently revealed that its next generation of Mac computers will use Apple Silicon, which has Arm technology at its heart.

There have been reports that Apple was approached as a possible buyer of Arm, but decided against making a bid.

Arm has a long-established open licensing model and a history of customer neutrality. Nvidia has stated it will continue those practices, and that will probably help the deal gain the necessary regulatory approvals.

Nvidia intends to add its own technology to the current Arm IP licensing portfolio.

"AI is the most powerful technology force of our time and has launched a new wave of computing," said Nvidia founder and CEO Jensen Huang.

"In the years ahead, trillions of computers running AI will create a new internet-of-things that is thousands of times larger than today's internet-of-people. Our combination will create a company fabulously positioned for the age of AI.

"Simon Segars and his team at Arm have built an extraordinary company that is contributing to nearly every technology market in the world. Uniting Nvidia's AI computing capabilities with the vast ecosystem of Arm's CPU, we can advance computing from the cloud, smartphones, PCs, self-driving cars and robotics, to edge IoT, and expand AI computing to every corner of the globe.

"This combination has tremendous benefits for both companies, our customers, and the industry. For Arm's ecosystem, the combination will turbocharge Arm's R&D capacity and expand its IP portfolio with Nvidia's world-leading GPU and AI technology.

"Arm will remain headquartered in Cambridge. We will expand on this great site and build a world-class AI research facility, supporting developments in healthcare, life sciences, robotics, self-driving cars and other fields. And, to attract researchers and scientists from the UK and around the world to conduct groundbreaking work, Nvidia will build a state-of-the-art AI supercomputer, powered by Arm CPUs. Arm Cambridge will be a world-class technology centre."

Arm CEO Simon Segars said "Arm and Nvidia share a vision and passion that ubiquitous, energy-efficient computing will help address the world's most pressing issues from climate change to healthcare, from agriculture to education.

"Delivering on this vision requires new approaches to hardware and software and a long-term commitment to research and development. By bringing together the technical strengths of our two companies we can accelerate our progress and create new solutions that will enable a global ecosystem of innovators. My management team and I are excited to be joining Nvidia so we can write this next chapter together."

SoftBank has indicated that it considers its resulting stake in Nvidia as a long-term investment.

A further US$1.5 billion in equity will go to Arm employees.

The deal is expected to take 18 months to complete.

More in this category: « Australia’s fintech sector half year 2020 investment grows, despite merger activity decline Hyland closes in on acquisition of competitor, Alfresco »
Share News tips for the iTWire Journalists? Your tip will be anonymous