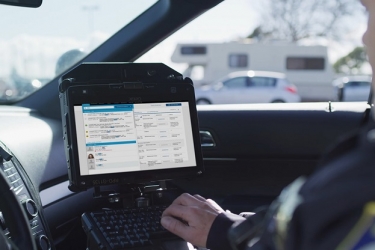 The NSW Police Force is rolling out Azure cloud technology to further support the recent introduction of cognitive services including ethical artificial intelligence (AI) and machine learning (ML) to its Insights policing platform.

Microsoft says the rollout of its Azure technology is providing front line police officers with faster access to critical information for investigation purposes freeing them to focus on operational matters rather than manually data processing.

Designed with ethics “front and centre”, Microsoft says the cognitive solution has been tried and tested in recent months before being switched on fully in February this year..

In one case, NSW Police report they collected 14,000 pieces of CCTV as part of a murder and assault investigation that would previously have taken detectives months to analyse.

Microsoft says the AI/ML infused Insights platform ingested this huge volume in five hours and prepared it for analysis by NSW Police Force investigators, a process that would otherwise have taken many weeks to months.

According to Microsoft, leveraging Azure cognitive technologies, machine learning and deep learning capabilities, NSW Police has been able to train the system on image classification allowing it to interpret petabytes of CCTV footage automatically and at speed provide rapid access to leads that officers can pursue to ultimately solve crime faster.

The system is also expediting voice to text transcription of police interviews, and has attracted the attention of other agencies internationally as well as Federal and State law enforcement agencies locally, Microsoft noted in a statement on Monday.

Gordon Dunsford, CITO and Executive Director Digital Technology and Innovation for NSW Police said; “Using computer vision it can search to recognise objects, vehicles, locations, even a backpack someone has on their back or a tie a gentleman is wearing.

“It’s been used in a number of investigations already and it’s gone extremely well. It’s significantly sped up investigations and has helped police to get a result in a fraction of the time.”

Dunsford explained that while the Insights platform is currently operating on premise, Microsoft had supported NSW Police by providing a way to containerise the cognitive processing, run that in the Azure protected level cloud and then make the results securely available through the Insights platform.

The whole system demands a high-level security and according to Dunsford.

“Microsoft is one of the few that can comply to such requirements.”

Microsoft says NSW Police is currently exploring how Azure cognitive services can be used to expedite other police work and sees ongoing opportunities to help evolve the Insights capability to support investigative processes at speed in the digital age.

As part of a major digital transformation effort, which is being steered by Dunsford, more than 200 of NSW Police’s legacy systems will be retired, re-architected or replaced with modern cloud-based systems.

Microsoft says the Insights platform sits alongside the recently announced Integrated Police Operating System (IPOS) which has been developed using Mark43 public safety software and which also runs on Microsoft Azure - and replacing a mainframe hosted 27-year-old database that has been the repository for information including triple zero calls, arrests and charges, criminal investigations and forensics since 1994.

NSW Police is working with Microsoft Consulting Services on the build of the IPOS application with Protected level security in the Microsoft Azure cloud.

IPOS is designed to democratise access to information to NSW Police’s 22,000 members including some 18,000 police officers, serving up useful data to their MobiPol mobile devices allowing them to take informed action and stay safe.

Microsoft says together, Insights and IPOS are important building blocks for a Digital Evidence Cloud that has been built and trialled and is ready to scale for NSW Police.

Lee Hickin, national technology officer, Microsoft Australia said; “It has been a privilege to work alongside NSW Police on this important and ground breaking program of work. Police officers have recognised immediately how this solution can speed up the analysis of evidence, accelerating justice and freeing them for important front-line work to keep people safe.”