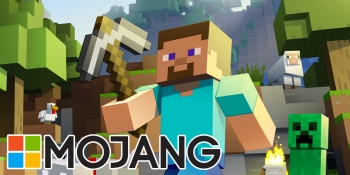 Tech giant Microsoft has opened up its chequebook, announcing a massive US$2.5 billion takeover of Minecraft developer Mojang.

Minecraft, a sandbox game about placing and breaking blocks, was launched back in 2009 and has become a gaming phenomenon, sitting as the third highest-selling video game of all time.

“Yes, the deal is real," an official Mojang's statement announced. "Mojang is being bought by Microsoft.”

"[Notch has] decided that he doesn't want the responsibility of owning a company of such global significance.

"Over the past few years he's made attempts to work on smaller projects, but the pressure of owning Minecraft became too much for him to handle. The only option was to sell Mojang. He'll continue to do cool stuff though. Don't worry about that.

"There are only a handful of potential buyers with the resources to grow Minecraft on a scale that it deserves. We've worked closely with Microsoft since 2012, and have been impressed by their continued dedication to our game and its development. We're confident that Minecraft will continue to grow in an awesome way."

Microsoft’s Head of Xbox, Phil Spencer, added: “Today is an incredibly exciting day for our team as Mojang and the Minecraft franchise join Microsoft.

“Minecraft is one of the most popular video games of all time, with more than 100 million downloads, on PC alone, from players since its launch in 2009. Minecraft inspires millions to create together, connects people across the globe, and is a community that is among the most active and passionate in the world.

“We’re excited to welcome Mojang to the Microsoft family and we are thrilled to support the success and longevity of Minecraft for years to come.”

Microsoft is anticipating that it could recoup its $2.5 billion as early as July 2015, noting Mojang made over $100 million in profit last year.

"Minecraft is more than a great game franchise - it is an open world platform, driven by a vibrant community we care deeply about, and rich with new opportunities for that community and for Microsoft," Microsoft CEO Satya Nadella said.

The Redmond-based company said it would continue to support development for all consoles, including Playstations and iOS devices.

"There's no reason for the development, sales, and support of the PC/Mac, Xbox 360, Xbox One, PS3, PS4, Vita, iOS, and Android versions of Minecraft to stop," Microsoft said.

"Of course, Microsoft can't make decisions for other companies or predict the choices that they might make in the future."

Read a lengthy letter from the game's founder Notch on page two.

"I don’t see myself as a real game developer. I make games because it’s fun, and because I love games and I love to program, but I don’t make games with the intention of them becoming huge hits, and I don’t try to change the world. Minecraft certainly became a huge hit, and people are telling me it’s changed games. I never meant for it to do either. It’s certainly flattering, and to gradually get thrust into some kind of public spotlight is interesting.

A relatively long time ago, I decided to step down from Minecraft development. Jens was the perfect person to take over leading it, and I wanted to try to do new things. At first, I failed by trying to make something big again, but since I decided to just stick to small prototypes and interesting challenges, I’ve had so much fun with work. I wasn’t exactly sure how I fit into Mojang where people did actual work, but since people said I was important for the culture, I stayed.

I was at home with a bad cold a couple of weeks ago when the internet exploded with hate against me over some kind of EULA situation that I had nothing to do with. I was confused. I didn’t understand. I tweeted this in frustration. Later on, I watched the This is Phil Fish video on YouTube and started to realize I didn’t have the connection to my fans I thought I had. I’ve become a symbol. I don’t want to be a symbol, responsible for something huge that I don’t understand, that I don’t want to work on, that keeps coming back to me. I’m not an entrepreneur. I’m not a CEO. I’m a nerdy computer programmer who likes to have opinions on Twitter.

As soon as this deal is finalized, I will leave Mojang and go back to doing Ludum Dares and small web experiments. If I ever accidentally make something that seems to gain traction, I’ll probably abandon it immediately.

Considering the public image of me already is a bit skewed, I don’t expect to get away from negative comments by doing this, but at least now I won’t feel a responsibility to read them.

I’m aware this goes against a lot of what I’ve said in public. I have no good response to that. I’m also aware a lot of you were using me as a symbol of some perceived struggle. I’m not. I’m a person, and I’m right there struggling with you.

I love you. All of you. Thank you for turning Minecraft into what it has become, but there are too many of you, and I can’t be responsible for something this big. In one sense, it belongs to Microsoft now. In a much bigger sense, it’s belonged to all of you for a long time, and that will never change.

It’s not about the money. It’s about my sanity."

More in this category: « Attachmate Group to merge with UK firm Micro Focus Flower lovers at Floriade to get free WiFi »
Share News tips for the iTWire Journalists? Your tip will be anonymous