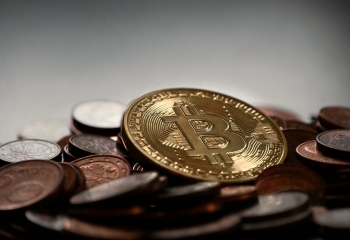 Korean crypto payments startup Human Plus has signed an exclusive business agreement with telecommunications services provider and merchant terminal company KIS Information Communications which it says will allow its payment solution to be implemented at 420,000 locations in the Seoul area alone - and to expand and diversify its services nationally across Korea.

KIS is a subsidiary of NICE Group, which has 28 years of financial infrastructure in Korea.

According to HUPAYX its goal is to expand its own services at home and abroad on the basis of credit information, financial services and manufacturing business – and to partner with over 1 million stores by the end of 2019, and subsequent integration in Q1 of 2020.

Through the exclusive business agreement with KIS, HUPAYX says the scope of the project ranges from implementation at duty free shops, tourist shopping districts, as well as integrating services via an app with the HUPAY Wallet.

“We believe that some of the key partnerships we did reflects not only on HUPAYX potential, but also in trust and technological advantage we possess over our competitors,” says HUMAN PLUS.

The company’s HUPAY Wallet and merchant pos - HPOS - is now available as a Beta version for download on Google Play store, and on iOS in November of 2019.

HUPAYX says it is now preparing to launch various local governments’ backed blockchain-based digital currency business, and the LG U+ partnership will help the company leverage its sales partnership, merchant applications, and telecom infrastructure to expand its merchants base starting from the domestic market.

Last year, LG U+ joined with global partners in Japan, Taiwan and the United States to offer subscribers a blockchain-based overseas payment service.

The partnership comprised of Taiwan-based Far EasTone Telecommunications and Japan-based SoftBank for the new service, with US-based TBCASoft providing their blockchain platform.

More in this category: « Verrency partners with Coinify on banking virtual currency payments deal Weebit Nano teams with XTX to tackle China market »
BACK TO HOME PAGE
back to top