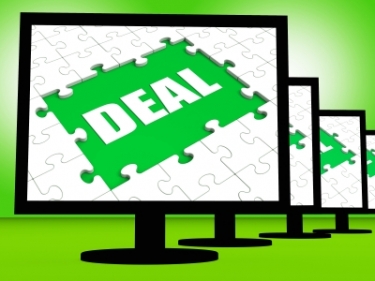 Total technology industry deals worth US$34.4 billion were announced globally in April this year, according to a new report.

According to analyst firm GlobalData’s deals database, the value marked an increase of 33.8% over the previous month - and a drop of 21.2% when compared with the last 12-month average of US$43.65 billion.

In terms of number of deals, the technology sector saw a drop of 11.8% over the last 12-month average with 1308 deals against the average of 1483 deals.

And, in value terms, Asia-Pacific led the activity with deals worth US$26.56 billion.

And GlobalData reports that the top five technology industry deals of April 2020 it tracked were:

More in this category: « G8Way Technologies to use eSAT Global for tracking endangered species New software helps football clubs track players’ adherence to social distancing rules »
BACK TO HOME PAGE
back to top