Integration in a hybrid environment 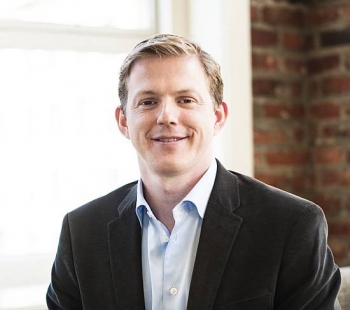 iTWire visited MuleSoft's San Francisco headquarters to hear from the horse's - the mule's? - mouth about why integration is still so important.

Composing and revamping digital assets is becoming increasingly important, said MuleSoft founder and vice president of product strategy Ross Mason (who also founded the Mule open source project). Businesses are increasingly adopting SaaS, mobile is important, and a 'cloud first' strategy is often mandated. Implementing an all-encompassing ERP from scratch requires a strong stomach, he said, so most organisations prefer to augment what they have rather than replace it.

That leaves IT with the task of connecting all the pieces, even though they are not all under its direct control. And it has at least some responsibility for governance, such as ensuring data access is appropriately controlled.

The old-world approach to integration either used heavyweight middleware to connect heavyweight applications, or relied on custom, one-to-one connectors. Neither makes sense in the current environment of a much larger number of applications that are used more widely, he told iTWire.

MuleSoft's approach is "API-led connectivity" - rather than implementing the minimum functionality needed for a particular project, this means putting in a little more effort to create an API that provides for discoverability, reusability and governance. People around an organisation are going to do things around the applications they use, so it makes sense to help them by providing an API that's easy to discover and use, Mason argues. That way, you can also implement controls to ensure users can only access data that they are entitled to, thereby avoiding governance risks.

While MuleSoft is about selling its Anypoint software rather than services, it does have a customer success team that can help organisations define the assets to be made available in this way, package them appropriately, and then evangelise their use around the organisation.

The team's job is to show customers how to do what needs to be done, not to do if for them, he explained. As MuleSoft uses the subscription model, it's important to help customers achieve success in the first year so they see the value and renew.

The company recommends a balanced deployment approach, he said. If the focus is on individual projects, there's a tendency to pay too little attention to reusability. And the business won't want to wait for IT to roll out an entire platform before integration can begin.

The answer is to run two parallel streams. That way IT can ensure that projects proceed on a timely basis, but each integration is done properly with reuse in mind. Additional work is done as appropriate to ensure progress towards the goal of an overall platform.

MuleSoft's customers are "pretty varied," Mason said, but they generally have complex environments and so are attracted to a single product that covers all their integration bases.

"We get a lot of use cases," he added, but customers are often in industries that are going through changes, such as media, retail, financial services and insurance, healthcare, and government. MuleSoft has some telco customers, but companies in that sector have usually made significant investments in integration.

"There is so much change and innovation happening" in these industries, and in addition CIOs increasingly see themselves as a partner of their business colleagues and realise that this means they need to change the way they operate.

On the SaS side, the most commonly used integrations are with Salesforce.com (CRM), Workday (HRM) and ServiceNow (service management and IT operations management), but there is growing interest in Guidewire (insurance underwriting), Xero (accounting) and - especially among new companies - NetSuite (integrated business management).

But "there's a ton of legacy systems" being connected by Anypoint users, especially in order to connect mainframe applications and data to mobile apps.

MuleSoft has a single product strategy - one product provides both the integration (legacy or SaaS) and the API management pieces.

There are three notable motivations, Mason said. Organisations are trying to become more customer-centric, they seek greater operational efficiency, and they want to innovate - more specifically, to be able to provide new digital products and services more quickly.

Anypoint is offered for on-premises use, from the cloud (operated by MuleSoft on AWS, but it is looking to offer the service on other clouds), or as a hybrid of the two. Large organisations are increasingly choosing the hybrid option, he said, because they typically use a lot of on-premises and SaaS applications.

Looking ahead, Mason sees the Internet of Things as a growth area, because it redefines what 'scale' means. He gave the example of a company that plans to use Anypoint for the API layer of its wearable for pets (he described it as "a Fibit for your pet"). This system is expected to generate five billion data points a week. Among the other areas he mentioned were medical devices and supermarkets.

The scale of these ventures requires a change in the assumptions around how processing will be performed. The availability of relatively cheap storage has led to a "hoarder mentality," but that needs to change when dealing with so much data, if only because of the cost of moving it from one place to another.

So like some other companies (eg, Cisco, Dell), MuleSoft is promoting the use of an edge layer close to the devices. For example, if a smart light globe generates a 'heartbeat' message ("I'm still here, and I'm still working properly") there's no need for that to leave the premises (and all that probably needs to be stored is that the globe has been working since a particular date and time). But when the status changes or some other message is generated, it might be appropriate to feed that up the line to the next layer for processing.

Anypoint already provides support for many of the protocols used by IoT devices, and the Mule engine can be incorporated into the devices themselves to simplify integration.

Disclosure: The writer travelled to San Francisco as a guest of NetApp and Oracle

BACK TO HOME PAGE
Published in CRM
Tagged under

More in this category: « Microsoft Office 365 and Dynamics CRM – now on Australian data centres NEC contracted to build new system to support apprenticeships »
Share News tips for the iTWire Journalists? Your tip will be anonymous