In search of patent trolls 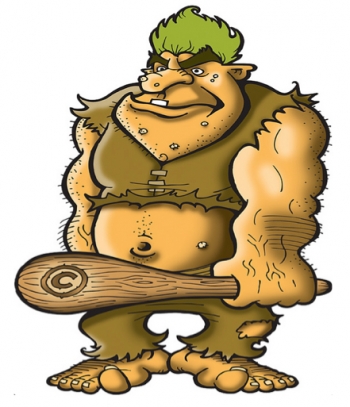 The recent intellectual property suit filed against ZTE in Australia by 'patent troll' Vringo has brought the contentious issue of patent trolls to our shores from the US where feral trolls are such a pest that the Obama Administration is trying to get legislation through Congress that will curb their actions, but that is not going to be easy. Patent trolls are protean creatures. One man's patent troll is another man's legitimate licensor of intellectual property.

I gave a talk last week to a legal conference on two intellectual property issues that have a significant impact on IT: fair, reasonable and non-discriminatory rights of access to standards-essential patents, and patent trolls.

It provoked a spirited discussion at the end as to exactly what is a patent troll and I had to admit there is no hard and fast definition. However there are plenty of companies that, by general consensus, are patent trolls.

I gave as an example Canadian company WiLAN and put up a slide of my Google search on WiLAN and the phrase 'patent troll' which produced 339,000 hits, the first five of which branded WiLAN a "notorious patent troll." (Strangely, when I repeated the exercise a week later in preparation of this article I got only 18,200 hits!)

And when I searched on CSIRO and 'patent troll' I got over 700,000 hits. The top hit was from Australia's own Delimiter news web site: an article headed "Is the CSIRO a patent troll? US debate turns feral."

I won't go into it here, but it all centred on the CSIRO's successful prosecution in the US of claims over a key WiFi patent. You may remember that. As iTWire reported in 2009, the action generated some $200m for the CSIRO. The result was applauded in Australia, but not universally in the US.

The whole saga is set out in great detail in this blog on patentology.com. It comes down on the side of the CSIRO. "This really has been a David and Goliath(s) battle and – as in the original story, though perhaps less common in real life – David has emerged victorious." Commentators disagreed. And if you repeat my search, you'll find plenty of commentators that think the CSIRO was acting like a troll.

The iTWire article on the Vringo v ZTE case https://itwire.com/it-policy-news/regulation/60286 gave the Wikipedia definition of patent troll. "A person or company that enforces its patents against one or more alleged infringers in a manner considered unduly aggressive or opportunistic, often with no intention to manufacture or market the product."

I used this list in my talk.
- Purchases a patent, often from a bankrupt firm, and then sues another company by claiming that one of its products infringes on the purchased patent.
- Enforces patents against purported infringers without itself intending to manufacture the patented product or supply the patented service.
- Enforces patents but has no manufacturing or research base.
- Focuses its efforts solely on enforcing patent rights.
- Asserts patent infringement claims against non-copiers or against a large industry that is composed of non-copiers.

As I mentioned at the start, the Obama Administration is very concerned about patent trolls and is preparing legislation to put before Congress. However it has also just produced a paper - Patent Assertion and US Innovation  - that, by example, gives a much clearer definition of what a patent troll is.

It opens by acknowledging the legitimacy of enforcing intellectual property rights in isolation. "Some firms that own patents but do not make products with them play an important role in US innovation ecosystem, for example by connecting manufacturers with inventors, thereby allowing inventors to focus on what they do best."

Patent trolls on the other hand "focus on aggressive litigation, using such tactics as: threatening to sue thousands of companies at once, without specific evidence of infringement against any of them; creating shell companies that make it difficult for defendants to know who is suing them; and asserting that their patents cover inventions not imagined at the time they were granted."

"One study found that during the years they were being sued for patent infringement by a PAE, health information technology companies ceased all innovation in that technology, causing sales to fall by one-third compared to the same firm's sales of similar products not subject to the PAE-owned patent."

The document concludes by saying "We see three main areas for improvement: clearer patents with a high standard of novelty and non-obviousness, reduced disparity of litigation costs between patent owners and technology users, and greater adaptability of the innovation system to challenges posed by new technologies and new business models."

It's not yet clear what the final form of the proposed legislation will take. According to one report "The bill most likely to begin moving in Congress ... would limit the kinds of documents that firms could force their opponents to produce during the discovery phase of a trial, a major cost in patent litigation.

"The measure would allow the manufacturer of a product to intervene to block cases against its customers over alleged patent infringement and would make a series of changes to the Patent and Trademark Office aimed at helping small businesses participate in the office's decisions."

However some members of Congress seem to believe that patent trolls are, like their namesakes, creatures of myth. The report quotes to Democrat opponents of the proposed legislation saying: "We must first determine whether there is an abusive litigation problem by patent assertion entities that warrants a legislative response."

BACK TO HOME PAGE
Published in Cornered!
Tagged under

More in this category: « And the next biggest Net-enabled disruptor will be... Interpersonal communications skills key to IT security »
Share News tips for the iTWire Journalists? Your tip will be anonymous