It's not Malcolm's fault that he has 100Mbps NBN 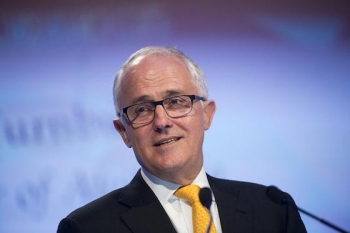 There are plenty of reasons to criticise the current government's handling of the NBN — especially the switch to the multi-technology mix rather than the original mostly FttP plan — but I think the Greens NBN spokesperson is barking up the wrong tree.

As reported earlier today, Prime Minister Malcolm Turnbull has 100Mbps NBN connections to his home in Point Piper and at Kirribilli House.

It's not a good look that the Point Piper connection was made around the time of the "pause" on new HFC connections, but my inclination is to give all parties the benefit of the doubt.

However, that doesn't seem to be what Greens NBN spokesperson Jordon Steele-John is up in arms about.

His concern seems to be that NBN Co is primarily using FttN in his home state of WA, while the prime minister is enjoying HFC.

“Malcolm Turnbull is ultimately responsible for the multi-technology mongrel ["Zinger!", as Shaun Micallef might observe] that the NBN has become and it is frankly outrageous that he should be demanding special treatment with regards to his internet connectivity and speed," Steele-John said.

Special treatment? As far as the exact timing of the connection is concerned, the Department of Prime Minister and Cabinet's point about the need to ensure the work "would not interfere with security systems" (as the AFR put it) seems plausible to me.

But suggesting that the use of HFC in Point Piper and the consequent availability of 100Mbps service is some sort of "special treatment" seems way off base.

Furthermore, it seems very unlikely that Turnbull is the only person in the country whose Internet service is paid for by their employer.

But Steele-John probably does have this part right: “With regard to fixing the national broadband network it is not a matter of how much money will need to be spent, it is just a matter of when. The Turnbull government must acknowledge that their outdated FttN technology will cost far more in the long term and hamper our capabilities relative to other countries.

“The Australian Greens are committed to realising a primarily fibre-to-the-premises (FttP) rollout of the NBN as soon as possible, including equitable connectivity and speeds for the people of Western Australia.”

It's a pity that horse has already bolted and the stable door slammed shut for the near term. "As soon as possible" is probably at least a decade away, given that the Coalition is happy with the MTM and the ALP realises that too much of the network would have been rolled out by the time it next picks up the reins of government.

The potential to upgrade what's being rolled out as opposed to having to replace it with better technology is contentious, to say the least.

We — Australia — seem to be locked in to building or upgrading infrastructure after it is needed rather than trying to get ahead. Melbourne's level crossing removals programme should have been completed decades ago, it looks like Sydney's second airport will be built without a rail line, and new suburbs — greenfields and brownfields alike — in and around our major cities are created without properly meeting residents' transport and educational requirements from the outset.

The mostly FttP NBN was a chance to get ahead for once, but we allowed it to become a political football. Once that happened, short-termism was practically inevitable. We've short-changed ourselves and our children.

More in this category: « Many adults turn a blind eye to cyber crime Amazon disses Aussie DC fans over Aquaman preview »
Share News tips for the iTWire Journalists? Your tip will be anonymous