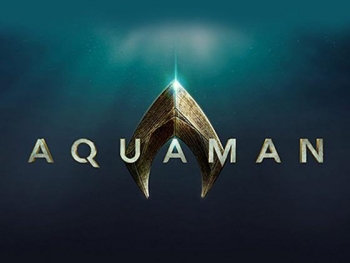 Amazon is trumpeting advance showings of the forthcoming Aquaman movie – but Australian Amazon Prime members will miss out.

Superhero films have been among marquee films over the last several years, thanks largely to the success of the Marvel Cinematic Universe. Reaction to the recent wave of DC movies has been generally more muted, with the exception of the well-received Wonder Woman. (The DC stable has turned out several creditable live-action TV shows under executive producer Greg Berlanti, but that's another story.)

Aquaman is being tipped as one of the better DC movies, and Amazon has announced that its Prime subscribers will be able to attend early showings being held on 15 December, a week before its general release.

That was the first clue in Amazon's announcement that not all Prime subscribers are covered by the offer – Aquaman opens in Australia on Boxing Day.

It's not until about halfway through the announcement that they come clean, and even then it's in a quote attributed not to an Amazon executive, but the Warner Bros Picture Group president of worldwide marketing Blair Rich: "Coming together with Amazon to reach their footprint of Prime members in the US is the ideal way for us to bring Aquaman to moviegoers and their families as they kick off their holidays."

So even though Aquaman was mostly filmed at Village Roadshow Studios on the Gold Coast plus a number of coastal locations in Queensland and New South Wales — and the role of Atlanna (Aquaman's mother) is played by Nicole Kidman — Amazon Prime subscribers in Australia don't get an early look.

Not yet, at least. There's still time for a local announcement, but it seems unlikely. As Amazon Prime was only launched here mid-year, there probably just aren't enough customers yet to allow Amazon to strike similar deals here.

In case anyone's mentally accusing this writer of sour grapes, he isn't a Prime subscriber.

More in this category: « It's not Malcolm's fault that he has 100Mbps NBN Why I'm not buying online this Christmas »
Share News tips for the iTWire Journalists? Your tip will be anonymous