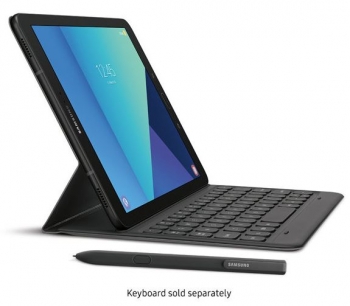 Samsung’s new Galaxy Tab S3 continues the tradition of its premium pedigree – it is an evolution of the world’s best Android tablet.

But that is what you expect of a premium device and its price reflects that – $949 for the Wi-Fi version and $1099 for LTE/Wi-Fi and you can have any colour you like – so long as it is black (aluminium in some markets).

What more can I say? Let’s put it through its paces.

It is not a complete package – it supplies the S Pen, but lacks the optional $189 Book cover/keyboard. Samsung is not trying to skimp – its logic is that sell through of keyboards is low as tablets are primarily used as content consumption devices.

While the Cover/Keyboard is OK, Logitech has a great desktop option with a Bluetooth Multi-Device Keyboard K480 at $79.95 and it even has a tablet stand slot. It also has Bluetooth keyboards with trackpads. 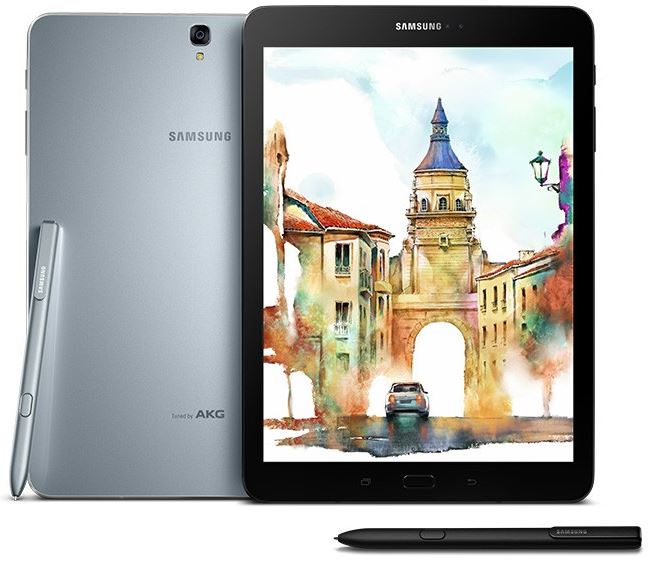 First impressions are black — premium black — with a rear glass panel and front Gorilla Glass screen. Turn it on and you will understand why AMOLED is the only choice for premium mobile devices – the screen is stunning. 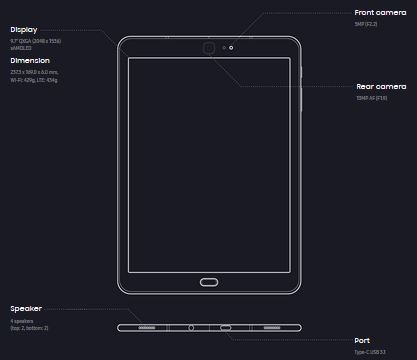 It is a QXGA - 2048 x 1536 – comprising 3.2 million intelligent, self-illuminating, individually switchable pixels. This, plus Qualcomm’s Snapdragon 820, have the power to display High Dynamic Range (HDR10) streamed video content and that is a first for a tablet.

It has a 4:3 ratio which better suits the A4 paper portrait ratio. It will screencast in 16:9.

You will appreciate its crisp details, vibrant colours, pure blacks, and when you can get the content, the HDR difference of enhanced colour gamut, definition in shadows and highlights. For standard 720p and 1080p, it is amazing – not upscaled, but so crisp, clean, colourful and bright.

Four AKG tuned speakers may be overkill but the sound is amazing. It is clear and will fill a typical bedroom with 86dB and very low distortion.

Naturally, these speakers tend toward the mid-upper range like Beach Boy’s Let's go Surfing but I also enjoyed Pink Floyd’s Money which has lots of bass. Sound signature wise it adapts to the content – with vocals it is clear and with bass it is solid down to 100Hz.

There is basic EQ adjustment under Settings, Sound quality and Effects, that allow you to adjust from bass to treble and from instrumental to vocal. It has presets for surround sound, tube amp and concert hall. There is also an advanced EQ setting for total customisation. The inbuilt speakers have a range of 100Hz to 16kHz.

The speakers also change orientation from left to right as you move or charge from portrait to landscape.

Everyone will rave over the AKG sound set-up. 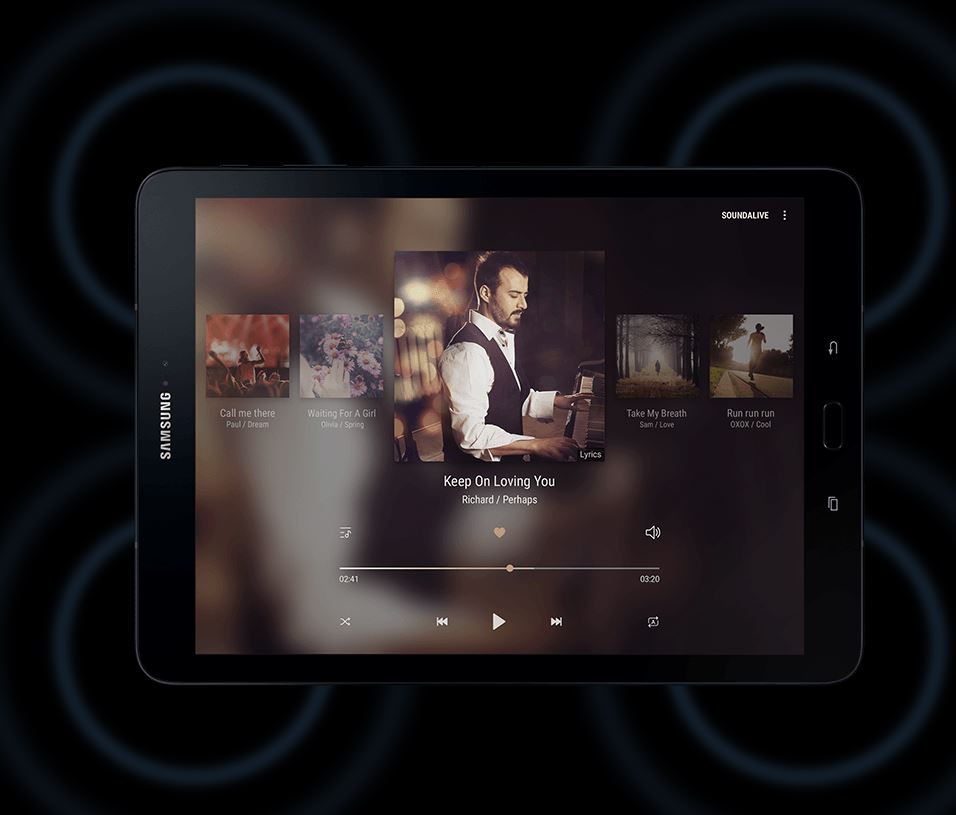 However low light and digital zoom induce noise – be careful.

Care: sound recording comes from two mics on the “right” long side and it is too easy to put your hands over them in portrait mode while recording.

Field of view is narrow – it is a personal camera only and remember that it is located on the right of the Samsung logo at the “top” in portrait mode, not on the side in landscape mode.

If you have a Galaxy class phone, it allows you to wirelessly share files, sort through notifications, take calls on the tablet and auto-hotspot link. It really extends the smartphone functionality to the tablet and vice versa. 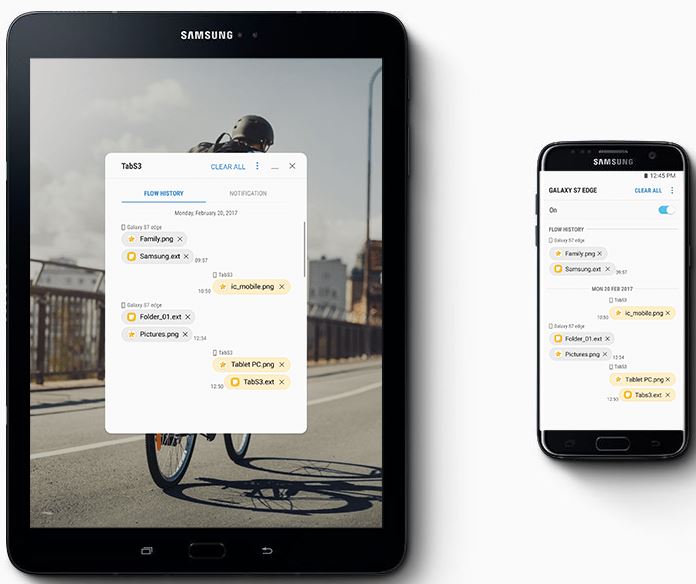 Let’s face it – the S Pen makes the difference. It is a major improvement over past models and is useful for editing, marking up, cropping, signing documents, word translation and even artistic pursuits.

It is a passive (no battery) pen – it draws power from screen induction (think wireless charging) to operate air hover commands and the erase button.

Yet this new pen designed with Wacom has 4096 pressure sensor levels, perfect palm rejection (for right or left handers) and fits very comfortably in your writing hand. The barrel is a flattened oval shape and that is important as you need to learn to write and not press the erase button at the same time. It is magnetic and will stick (not too strongly) to the keyboard pogo pins side of the tablet.

The whole aim is to reproduce the “pencil on paper” feel and to this end the .7mm tip feels a little more like a fountain pen – silky smooth, just the right resistance, and a good feel.

If online it will translate words but I have not worked out how to translate my scrawl to text — extract text — that would be a feat. It will also work in Soundcamp (music composition app supplied) and PEN.UP – a social media sharing app and for annotation on pictures and websites.

It will also “screen write” when in sleep more – a digital blackboard great for midnight jottings. 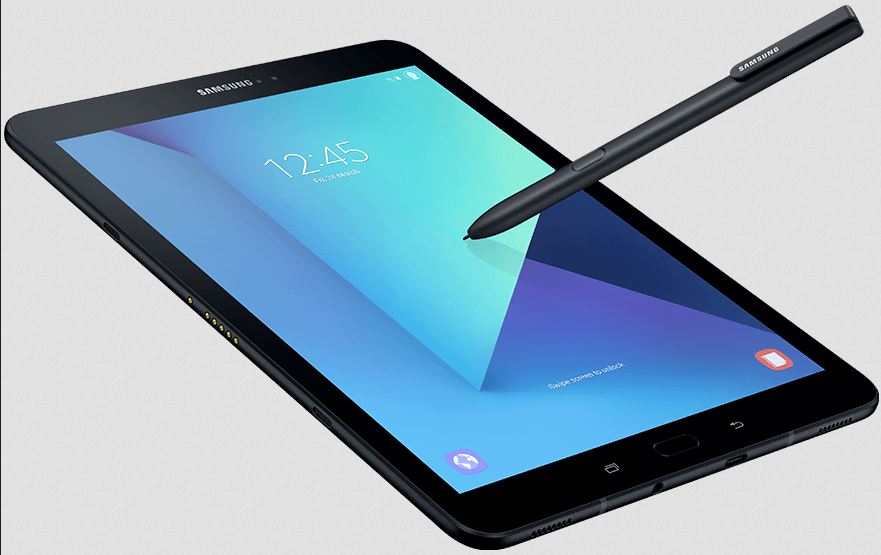 “Th quk brin fix jumedover the lazy dpg” – it is not a content creation device. The $189 Cover/keyboard is usable but the keys have around 1mm throw and are closely spaced.

It is what it is – more a convenience keyboard to better handle emails and short documents. Lack of a trackpad means it is a two-handed thing to type and edit. And there are no home/back/recent apps buttons so that is another two-handed job.

The magnetic vinyl cover acts as a stand giving about a 130° layback but it is not very stable when poking the touch screen. I will be testing it at a few press conferences to see if it is more productive than using the S Pen.

I found the Cover/keyboard best as a desktop companion where its is placed on a hard surface and used in landscape mode. 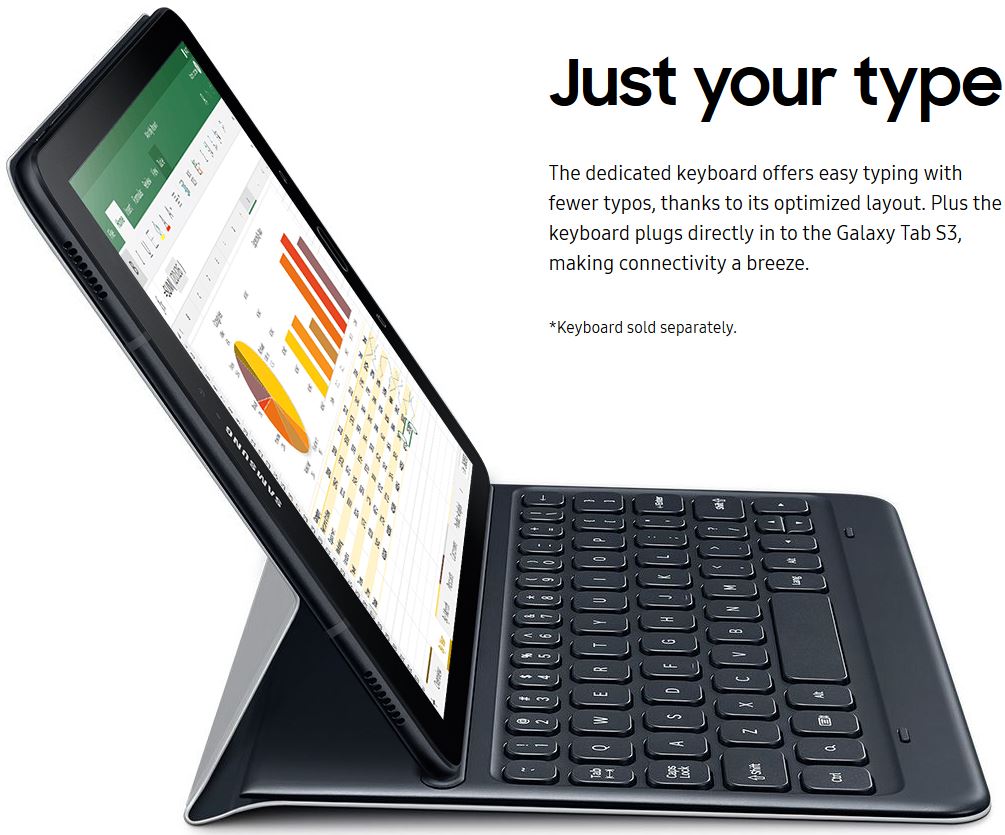 Samsung has its own Galaxy Apps including a music player, ArtCanvas, Colouring Book, Movie Maker, a version of Autodesk SketchBook and more. These add value to the Galaxy brand.

The Qualcomm 820 is last year’s flagship processor and has heaps of power for a content consumption device.

A word of warning – 32GB is not a lot and after you download maps, music and a few apps you can find yourself left with less than 10GB. The 256GB capable microSD slot is indepensible.

Wi-Fi performance is brilliant – 780Mbps rock solid at 20 metres from the router to the test bed (867Mbps theoretical maximum).

I ran an HD video loop at 50% screen brightness and it was still going at 12 hours with about 20% battery left. Streaming HD video at 75% brightness gave over eight hours.

I used it for about four hours as a desktop companion – for research, Web browsing and music streaming and at the end it had used about 20% battery.

Recharge time was quick – fast charge gave 23% in 30 minutes and a full charge in 55 minutes.

Who is it for?

Someone who simply wants the best Android tablet and does not care what it costs.

You might ask what uses it has – I still use the Galaxy Tab S1 as a couch companion to do quick searches and to cast audio and video content.

I know a university student who has embraced the small and light Galaxy S2 and it is a must have when attending lectures – she records them and uses the camera for reference shots.

Another person uses the S2 as a dash mounted GPS – the 9.7” screen and Here Maps set offline are amazingly good.

An elderly couple who travel a lot uses it as their connection to the world – email, maps, GPS, the Internet, research and more.

Sure, they could use a cheaper tablet but the S2, and now the S3 works so well.

The King of Android tablets by a huge margin. It does everything right – well, except perhaps the cover/keyboard, but that is understandable given the size constraints.

It is not cheap – consider that it has similar specifications to the Galaxy S7/S8/Note and you will see why it costs a grand or so.

This has the all-important S Pen and it does it very well – there is scope for Samsung to do more with the S Pen enabled apps too.

It is not a Surface “wannabe”. It is an Android tablet and while it has Microsoft Word, Excel, PowerPoint, Skype and OneDrive, it is not meant to be a laptop replacement – although I would love to see a DeX dock for this!

But tablets — slates — are declining in popularity. Just look at sales of Apple’s iPad and that says it all – content consumption can be pretty good on a smartphone too.

And then that brings up the rise of larger Windows 10 hybrids — Surface-like — where content consumption and production can occur on them so it is not a big stretch to understand why slates are on the decline.

More in this category: « HP Envy 13 (2017) – solid, dependable and yet strangely desirable (review) Samsung Galaxy Book 12 – taking Windows on the road (review) »
back to top