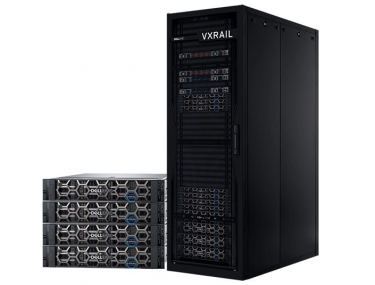 The jointly-developed VMware Cloud on Dell EMC cloud-like, on-premises infrastructure has moved into its second generation.

VMware Cloud on Dell EMC is essentially VMware vSphere, VMware vSAN and VMware NSX running on Dell EMC VxRail hyperconverged systems, offered on a subscription basis and thus combining the simplicity and agility of public cloud with the security and control of enterprise-grade on-premises infrastructure.

VMware Cloud on Dell EMC is now fully certified for VMware Horizon to deliver virtual desktops at the edge or in the data centre – a timely change in these days of widespread working from home.

Automatic capacity expansion eases scalability through the addition of new nodes when required.

"Today's IT teams are under constant pressure to deliver the advantages of a cloud operating model – namely, speed and agility – while still accounting for key security and compliance assurances," said VMware Cloud on Dell EMC senior vice president and general manager Fidelma Russo.

"VMware Cloud on Dell EMC further enables IT teams to transform the operation, management and protection of their on-premises infrastructure to a cloud model. Organisations can migrate existing VMware-based workloads immediately to this cloud service, eliminating any re-development, re-factoring, or architectural rework and related costs.

"Additionally, it maximises the value from existing IT investments – eliminating the potential need for point IT tools and related processes."

Dell Technologies senior vice president and general manager of cloud platforms and solutions Deepak Patil said "Our customers expect flexibility and consistency in their use of cloud technologies from the core to the edge.

"They expect cloud to be a seamless enabler across these environments. With the second generation of VMware Cloud on Dell EMC, we are extending this cloud service capability to a broader set of enterprise use cases.

"With the tight integration between Dell EMC VxRail and VMware, we are enabling our customers with even greater performance, delivered as a service, across edge locations, the data centre and public clouds."

Local pricing and availability was not revealed.