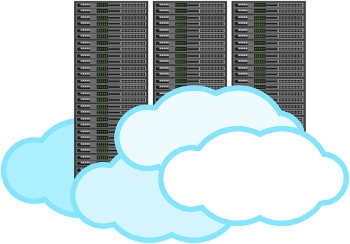 Australia and New Zealand software provider PrimeQ has plans to build what it calls a "cloud campus" in South Australia that will lead to the creation of 72 jobs.

The company said it would set up an innovation centre, a 24/7 technology support hub and a graduate programme to increase cloud research and development, intellectual property and round-the-clock access to cloud technology expertise in SA.

The PrimeQ proposal has attracted a $500,000 grant from the South Australian Government through the government's Investment Attraction South Australia arm.

An estimate by the South Australian Centre for Economic Studies claimed that in its first decade the project would increase the state's gross product by $69.2 million.

“We thank the state government, via Investment Attraction South Australia, for recognising the contribution PrimeQ is making to the state.

“PrimeQ is proud of our South Australian base from which we are building the cloud IT sector nationally through the creation of jobs, R&D capability and skilled technological expertise.”

PrimeQ chief executive Andrew McAdams said: “By 2025, 80% of worldwide IT budgets will be spent on cloud services and PrimeQ is at the forefront of this change.

“Together, PrimeQ’s three projects will create 72 new jobs for South Australia and spark major growth in cloud services across Australia and New Zealand.

“PrimeQ’s innovation centre will build intellectual property capability within this state, placing South Australia leagues ahead in the innovation layer of cloud technology.

“Our 24/7 technology support hub will allow us to expand our provision of skilled professional support and to maintain those services in South Australia rather than sending them offshore.

“Our graduate programme will see us work closely with South Australian universities and TAFEs to nurture new skills and expertise in the rapidly evolving cloud environment.

“Our investment firmly positions PrimeQ, from our South Australian headquarters, as the leading provider of cloud services across Australia and New Zealand.”

In its first year, PrimeQ generated multi-million-dollar revenue and grew to 86 staff.

More in this category: « ShoreTel launches Connect Cloud for Australian market SMEs in the clouds over taxation returns: survey »
back to top