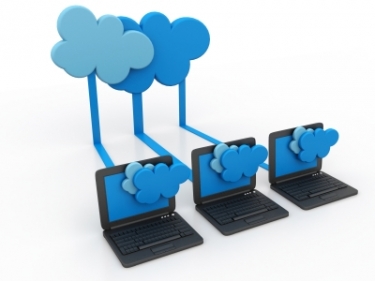 Database vendor Oracle has announced its second Australian Gen 2 cloud region in Melbourne as part of its global plans to operate 36 cloud regions by the end of 2020.

Oracle says its generation 2 cloud has been built from the ground up to provide businesses with better performance, pricing, and security - and having a second region based in Australia will offer local enterprise customers “enhanced business continuity, disaster recovery and jurisdiction to meet compliance requirements without the latency penalty associated with moving data over long distances to offshore data centres”.

“Not all clouds are created equal. Our next-gen cloud infrastructure has been built for an autonomous future, with security built in. With our Melbourne cloud region, local customers and partners can now confidently host and protect mission-critical workloads and drive innovation,” said Valery Lanovenko, Vice President and Managing Director, Australia and New Zealand.

In addition to the Melbourne Cloud region, Oracle has announced the opening of four additional Gen 2 Cloud Regions in Osaka (Japan), Jeddah (Saudi Arabia), Montreal (Canada), and Amsterdam (the Netherlands).

Oracle says it has now opened 17 gen 2 cloud regions in the past year and currently operates 21 regions globally—16 commercial and five government— “the fastest expansion by any major cloud provider”.

Oracle says that one customer that is already seeing the benefits of Oracle’s Gen 2 Cloud is the Law Society of NSW - with the society using the Gen 2 Cloud region in Sydney since its launch in August 2019.

Oracle says the Society’s initial approach was to move its backup/Disaster Recovery (DR) to the cloud and it has successfully completed DR scenarios for its database services.

“We deal with a lot of timely and sensitive data so we need 24 x 7 availability and bullet proof security. We have been impressed with the cost structure, security, speed and flexibility since moving to Oracle’s Gen 2 Cloud,” said Lee Bustin, CIO, The Law Society.

“The opening of the Melbourne Cloud region allows us to fully adopt cloud technology as a production service with DR in Melbourne. This means we can now migrate many of our on-premises services to the cloud, vastly reducing the time and costs associated with maintaining and replacing our on-premises hardware. Importantly for our business it means we can maintain our data within Australia. In addition to this, we are impressed with the speed of we have been able to complete the migration of services.”

More in this category: « China to dominate Asia Pacific cloud market by 2023 Cloud infrastructure services spend hits a record US$30 billion for Q4 2019: analyst »
BACK TO HOME PAGE
back to top