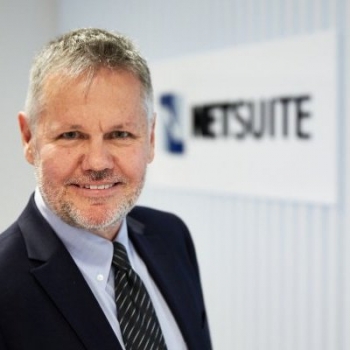 Cloud based business software vendor NetSuite has a new Asia Pacific head. In February Lee Thompson joined from Salesforce.com, the other big cloud app success story, in a move he says is happening just as the stars are aligning.

Presumably you can see those stars behind the clouds. I interviewed Thompson, now vice president for Asia Pacific and Japan, at the sidelines of NetSuite’s massive SuiteWorld conference in San Jose, Attended by 8000 customers and partners.

He outlined the many reasons behind why he believes NetSuite is on a roll, and why he has joined at the right time. “We seeing spectacular growth,” he says. “We are at an inflection point, for cloud and for NetSuite.”

The numbers bear him out. The company in its first quarter of the current year grew 34% over the same period last year. Annual revenues are now US$556 million, also a big jump over the previous year. On the current run rate, it will exceed US$700 million this year, which is a big for a company ‘born in the cloud’.

“But we are not nearly so well known in Asia Pacific as we are in North America. If we can lift our profile in this region to where we are in the US, that means substantial local growth will follow.”

That is starting to happen, says Thompson. “We can’t hire fast enough. We have a thousand people in Asia Pacific, and we need more, in all roles. We are finding it hard to find decent people.”

He said one change he will be making is to align regional operations more along industry than geographical lines. The company has become very strong in retail in North America, which is a major push it will be making in Asia Pacific, Thompson lists other key verticals as manufacturing, wholesale and distribution, and services.

“And as we verticalise our marketing we want to grow the channel,” he says. NetSuite already has over 100 partners in Asia Pacific, but Thompson says he wants more. “We will still sell direct, but we intend to have a bigger focus on our partners.”

It’s exciting times for cloud vendors, he says. “There is a tectonic shift taking place in the industry. People don’t want the old technology any more. They increasingly see cloud as an enabling technology to help them do business better.”

Graeme Philipson attended SuiteWorld as a guest of NetSuite.

More in this category: « Bigcommerce goes upmarket with Bigcommerce Enterprise Promapp simplifies procedures »
BACK TO HOME PAGE
back to top