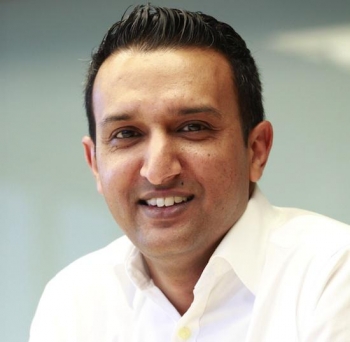 The growing number of choices in cloud infrastructure is making things easier for businesses that want to offer desktop as a service.

The growth in desktop as a service (DaaS) - or as Citrix prefers to call it, workspace as a service (WaaS) - is largely due to two factors, according to Citrix director of sales engineering Safi Obeidullah (pictured above).

One is that infrastructure as a service (IaaS) providers such as Amazon Web Services (AWS) have made it easier and cheaper for would-be DaaS providers to get started without making a big capital investment.

The other is that the idea of virtual desktops and indeed the whole consumption-based model are now generally acceptable.

The reason why Citrix talks about WaaS is because "it's all about the applications," according to Mr Obeidullah.

Providing 'business ready' desktops is not as simple as delivering virtual servers as a service, he warned.

Citrix has the technology to deliver virtualised applications as well as complete desktops. This gives Windows ISVs an easy way of offering their applications as a service (Reckon's hosted service is Citrix-based, he said), and also allows their use in BYOD environments.

The idea of the 'flexible working environment' is also becoming commonplace, so it is important to free users from specific endpoints.

If an organisation doesn't want to go to the trouble and expense of setting up a virtualised environment, it can go to one of the growing number of service providers.

Local examples include Tickbox (which claims to offer the fastest Citrix virtual desktop on the market), and Cloud DC's OfficeBox (which features an app store to make it easy to customise the desktops, underscoring Mr Obeidullah's point that service providers need to offer a complete workspace, not just desktop or application virtualisation).

Citrix workspace as a service senior manager Scott Ellis pointed out that the company provides proven reference architectures for running Citrix desktop and application virtualisation on AWS and Azure, as well as Citrix Workspace Services, a cloud-based control system for running the software in multiple clouds.

Organisations want to use DaaS, but they still expect a good end-user experience and so actively look for the right providers, he said.

Internationally, DaaS providers find their biggest market is SMEs. In a recent survey of Citrix service providers, more than 70% said their average customer had less than 100 end users, and 40% said less than 50.

Mr Obeidullah said the local market was more evenly spread across the spectrum from small businesses to enterprises, but that could be because a business with 100 employees is considered fairly sizeable here - less than half the workforce is employed by businesses with more than 100 employees.

In terms of market segments, acceptance of DaaS is quite broad outside the financial sector (which tends to be limited by existing outsourcing contracts). In addition to retailers and consumer services, "healthcare is a very big market for us," he said, due to the propensity for end users to work in multiple locations and with more than one device.

Healthcare organisations are often already using Citrix products, he added, and are looking to DaaS as a way of increasing efficiency and flexibility.

Citrix tries to be as technology agnostic as possible, leaving as many choices as possible to service providers and their customers, said Mr Obeidullah. Rather, it's about making sure that the various components are well integrated and work holistically "and privide a great end-user experience."

More in this category: « Microsoft silent on Australian Azure host Internet of Things is an opportunity for Akamai »
Share News tips for the iTWire Journalists? Your tip will be anonymous