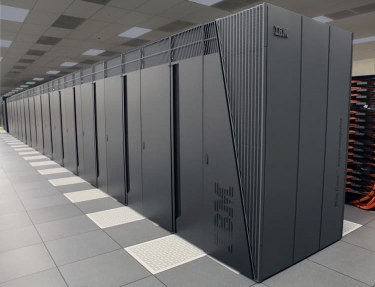 Australian mainframe users face a lengthy journey to the cloud, according to Accenture, but it seems that just dipping a toe into the water can be counterproductive.

According to Accenture's Cloud Outcomes Research 2020, the greater the level of cloud adoption within a business, the better the outcomes. 46% of high adopters reported fully achieving their expected cloud benefits, but 28% of low adopters managed the same result.

Furthermore, the government and financial services sectors aren't moving sufficiently quickly to the cloud, according to Accenture.

Accenture ANZ cloud first lead Matt Coates says the firm is helping its clients to move from where they are to where they want to be, and that means taking on "the more difficult stuff."

Generally, that means addressing the mainframe issue: "it's a very big rock," he observes. Especially as although Australia is an early adopter of technology, difficult market forces mean companies tend not to be innovators.

The three factors constraining the move from mainframe to the cloud are cost, skills, and architectural issues. "It's a difficult thing to do," Coates concedes.

Consequently, "no one [in ANZ] has really got the mainframe-to-cloud story landed," he observes, although it is starting to happen overseas. For example, Accenture is helping a large European bank with its migration, but "it's a multi-year journey."

The firm is also working with some large overseas public service organisations on similar projects, but Coates suggests it will be a couple of years before similar projects start here.

Accenture Technology ANZ managing director of intelligent cloud and infrastructure Al Auda says mainframes are "part of the IT furniture," providing reliability, processing power and other positive attributes. But the business case drives the discussion, and moving to the cloud allows cheaper and faster innovation. So organisations need to break the mainframe rock into pebbles.

However, organisations realise their mainframes are pervasive and critical to their operation, so where should they start?, asks Coates.

And as Auda points out, the attitude is that "the mainframe just works... so why touch it?" Critical applications need 99.9999% uptime, and some organisations – especially banks – often prefer to let one of their peers go first.

He thinks moving from mainframe to the cloud will be a five or six year journey in these circumstances.

But there are two aspects to extracting value from the move, according to Coates.

If an organisation 'cloudifies' its applications in order to escape from mainframe lock-in, the total cost of ownership can be reduced by around 40% thanks to scalable consumption models. This approach extends the life of existing investments, and exposes the data behind mainframe applications so it can be used in new and innovative ways. It also provides an opportunity to adopt new work practices such as DevOps.

Then there's the move to a 'digital core,' which brings advantages including a better user experience and opportunities for more customers to interact directly with the systems.

Real value can be unlocked when the two are combined, he suggests. "This is a couple of years' work," but it allows an organisation to act as a digital business, using the mainframe as part of the future.

Though Auda believes that is just an intermediate step. Core systems involve hundreds of thousands of lines of code, and while some of the surrounding parts can be moved to the cloud reasonably easily, mainframe code needs to be rewritten and decoupled into APIs and containers, even if it will continue to run on the mainframe in the short to medium term.

Doing that to crucial systems requires a carefully considered roadmap.

Among the issues that must be considered are, according to Coates, the role of the chosen database, the possibility of applying Micro Focus's tools to the mainframe code, provision for failing back to the mainframe in the event of problems, and a plan for evolving specific functions away from the mainframe and into the cloud.

One Australian bank thinks this approach can be more efficient than moving its core systems to AWS or Azure, he says, but there is a feeling in other quarters that taking on the challenge of migrating cloud systems is a way to achieve a competitive advantage and create a more dynamic business.

But Auda warns that internal struggles are likely during such transformations. The culture will need to change; some combination of upskilling, reskilling and hiring will be necessary; and it provides a good opportunity to adopt a service-based operating model.

On the technical side, combining mainframe and cloud resources raises performance and security issues, says Coates, so careful planning is essential. For example, latency should be taken into consideration when rearchitecting systems, although that can be addressed by co-locating your hardware in a data centre that also houses your chosen cloud provider.

Or, as Auda observes, IBM offers mainframes in the cloud, so it may be possible to 'lift and shift' your code there. This provides an opportunity to undo the constraints of a mainframe while maintaining the functionality it currently delivers.

It is important that IT departments work closely with their line-of-business colleagues when making changes such refactoring code or adopting open source software, he warns.

A move from mainframes to the cloud is not going to be completed in a hurry. An organisation running six or seven mainframes with a total capacity in the order of 10,000MIPS and running software that dates back 30 years will probably need three to seven years, he says. Another company with a single 1000MIPS mainframe might be able to do it in a couple of years.

"It's not just about moving workloads into the cloud," he explains. Such a change touches almost every part of the organisation, so most of the entire workforce will need retraining and reskilling in order to absorb the change and gain its full benefits.

An Accenture global client with operations in around ten countries expects its migration to take four years, says Coates.

Some large Australian enterprises are beginning this journey, but organisations' overall appetites for risk are a significant gating factor – just what speed do you want to move at?, he asks.

More in this category: « Juniper Networks says Cloud Metro powers the next-gen of 5G, edge and IoT services Gartner sees big hike in public cloud end-user spending in '21 »
Share News tips for the iTWire Journalists? Your tip will be anonymous