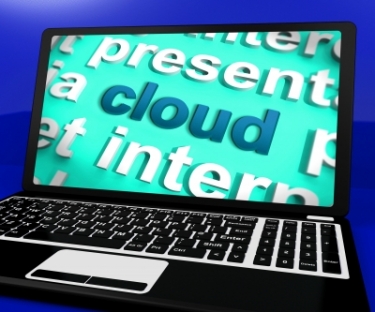 The worldwide cloud infrastructure services market reached a record high in the fourth quarter of 2019, with spending on services growing 37% to over US$30 billion, according to a new report from analyst firm Canalyst.

The growth saw Amazon Web Services (AWS), Microsoft Azure, Google cloud and Alibaba Cloud battling it out for leadership of the market.

Amazon Web Services remained the dominant cloud service provider in Q4 2019, accounting for 32% of total spend, while Microsoft Azure increased its share to 18% from 15% in the same period in 2018.

And Google Cloud was the third largest cloud service provider with a 6% share, followed by Alibaba Cloud with 5%.

Total global expenditure in 2019 exceeded US$107 billion, up from US$78 billion in 2018 according to Canalys data, and which the analyst firm says highlights the “unrelenting expansion of the IT industry, driven by digital transformation initiatives across all industries”.

Canalys says organizations are increasing their spend on compute, storage and other on-demand cloud-based services to analyse and interpret growing datasets and to meet internal DevOps needs as they build new applications and services.

And the analyst firm says competition among the leading cloud service providers continued to intensify, with AWS still outpacing its competitors in real US dollar terms.

AWS’ business was US$2.4 billion bigger in Q4 than in the same period in 2018, and Canalys says investment in new enterprise sales and marketing resources combined with the general availability of AWS Outposts and the launch of AWS Local Zones will drive further growth.

On Microsoft Azure’s growth rate Canalys notes that it was higher in the quarter, as it gained traction in enterprise accounts and benefited from its extensive channel reach.

“Microsoft stepped up its messaging to partners to drive Windows Server 2008 workloads to Azure as support comes to an end,” reports Canalys.

“Google Cloud continued to make progress in penetrating new enterprise customers and developing its network of channel partners. It has substantially grown its internal enterprise salesforce over the last year and brought partners under its field organization for closer alignment.

“Alibaba Cloud remained the leader in China as its growth re-accelerated. It aims to expand its enterprise customer base across the rest of Asia Pacific and Europe, where it is using two-tier distribution,” Canalys notes.

“Organisations across all industries, from financial services to healthcare, are transitioning to being technology providers,” said Canalys Chief Analyst Alastair Edwards.

“Many are using a combination of multi-clouds and hybrid IT models, recognizing the strengths of each cloud service provider and the different compute operating environments needed for specific types of workloads.”

According to Edwards, customer engagement is starting to mature, with more organisations committing to longer-term multi-year agreements with cloud service providers, as they move from ad-hoc and uncontrolled use to a more managed and predictable approach.

“The role of channel partners will become more important, as cloud use increases, in terms of defining application strategies, integration into business processes, optimizing user experiences, governance and compliance, as well as securing data and workloads,” Edwards concluded.

Canalys forecasts that the trend toward operating more applications, both new and existing, in public cloud environments, will continue over the next five years - and organisations will look to take advantage of the “unlimited access to capacity, more advanced services, such as AI and analytics, as well as APIs and other tools to accelerate their digital development”.

“Cloud infrastructure services spending will grow 32% in 2020 to US$141 billion. Momentum will continue, with total outlay reaching US$284 billion in 2024.