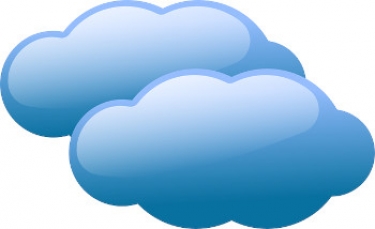 The head of a local cloud company says he is delighted that NSW and wider governments are beginning to recognise the importance of local technology companies, not only for improving the range of services available to support Australians, but also because of the added value that could be secured from tax-paying, job-creating local companies who underpin current and future sovereign resilience.

Phil Dawson, the managing director and co-founder of AUCloud, was commenting on the whole-of-government deal awarded to Canberra-based cloud firm Vault by the NSW Government.

"At the very least, it is good marketing for Vault and publicity for NSW to raise the awareness of the great investments that they are making in the local digital networks," he said.

"Certainly, as a sovereign provider with a longstanding and significant presence within CDCs Western Sydney facility and superfast interconnectivity to our Canberra environment, we are looking forward to supporting even more NSW Government services."

Dawson said the best solution for awarding government contracts was to have a fully transparent procurement process so that both buyer and suppliers had full information and decisions could be made on that basis.

He argued that if one was only selling to government, then one should already be providing the best pricing for the whole of government.

"The only reasons for adapting these prices are factors that might enable suppliers to pass on reduced prices through economies of scale (greater volume) or improved certainty (increased term) or reduced risk (different terms than incur costs like insurance levels, etc), " he said. "We incorporate the benefits available from volume and term as rebates within our existing pricing structure to benefit all of government."

With the NSW Government deal, Vault became the first sovereign technology provider chosen by an Australian Government for such a role. Such awards have always been made to foreign companies.

Dawson said if one was selling to other sectors in addition to government and/or pricing in a foreign currency, where there were exchange risks, it could benefit both government and the provider to lock down a clear price for government-related purchases. "Unlike global providers, AUCloud prices in Australian dollars, so this is not relevant," he added.

He noted that the UK G-Cloud Marketplace had a condition that prices could only be reduced, and if they were reduced for one customer then that should extend to all future customers, which effectively created an on-going whole-of-government best price. "With all pricing available to both buyers and suppliers, this almost entirely removes the element of price discrimination and gaming that creates a desire for whole-of-government pricing," he explained.

Dawson said his view was that the whole-of-government schemes unintentionally created a market distortion by implicitly signalling to their staff that government favoured the vendor over others who could provide a similar product; this could have the effect of reducing competition and innovation. "I suspect that this is not the intention of NSW or even DTA, where similar vendors' agreements have been concluded, but, unfortunately, this can be the outcome," he said.

"However, and as outlined above, I would be happy to focus our attention on securing such an agreement except for two issues:

"Firstly, we already provide best pricing in Australian dollars to Australian Governments that are competitive with whole-of-government arrangements and, although it is not yet mandated, we adopt the principle that when we reduce pricing we do it for all customers immediately.

"Secondly, the majority of our services are sold through partners (global systems integrators, managed services providers, defence primes, software-as-service companies and cyber-security specialists) and consequently, the importance of a direct agreement would be less significant for government, except that we provide all such partners with the same pricing that we provide to government to ensure that government ultimately secures the benefit."