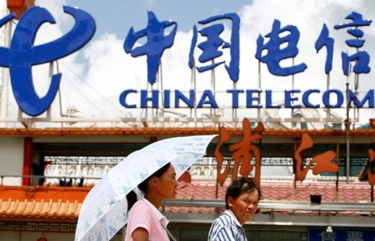 China will account for one-third of the Asia Pacific cloud computing market by 2023, according to a new report which forecasts that with the increasing presence of ‘hyper-scale’ cloud providers in big data, analytics, artificial intelligence (AI) and Internet of Things (IoT), cloud has emerged as a compelling proposition for the enterprises and governments alike.

Sunil Kumar Verma, Lead ICT Analyst at GlobalData, says, “Cloud computing market in China is forecast to reach US$84 billion by year-end 2023. Favorable regulatory landscape, growing adoption of cloud by enterprises and the emergence of ‘glocal’ cloud powerhouses such as Alibaba, Tencent and China Telecom will drive the market growth in the country.”

GlobalData says that in Japan, the establishment of Japan Cloud Consortium (JCC) organisation in 2010 to promote the adoption of cloud services is bearing positive results - with cloud computing revenue in Japan estimated to grow at a CAGR of 20.7% during 2018-2023 to reach US$69 billion in 2023.

“Support from the Government, increased investment in ICT infrastructure by public/private enterprises coupled with increasing adoption of cloud services amongst the small and medium-sized enterprises (SMEs) will provide thrust to the growth of cloud in Japan,” Verma says.

In India - the home to the world’s second largest mobile subscriber base - the cloud computing market is estimated to grow at a CAGR of 15.1% during the outlook period, driven by the necessity to serve global demand of enterprises and domestic demand from customers.

“Cloud computing will continue to witness upward trend as enterprises are now migrating specialised, high-performance applications to the cloud, with a view to reduce time and cost for new products launch. Improvised monitoring and enhanced visibility provided by the cloud vendors, along with the focus of enterprises to optimize their applications to predominantly a cloud-native environment will further fuel cloud computing growth in the region,” Verma concludes.