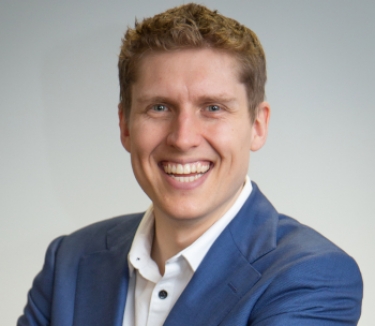 Rupert Taylor-Price: "Industry collaboration in the process to devise these guidelines was good." Supplied

Chief executive Rupert Taylor-Price told iTWire that the way that industry had collaborated in the process to devise these guidelines was very good.

Vault was one of three companies to be granted the coveted Protected cloud certification by the Australian Signals Directorate under the old system; Sliced Tech and Macquarie Government were the others. There were also three foreign companies given the certification: Dimension Data, Microsoft and Amazon Web Services.

In July last year, for unspecified reasons a process was initiated to change the certification system and in March this year, the old method was scrapped. The new guidelines, drafted by the Australian Cyber Security Centre and the Digital Transformation Agency, were announced on Monday.

Taylor-Price said he was a fan of the Certified Cloud Services List, which was part of the old system, and closing this down was not the best move. But, he added, the replacement was just as good.

And, he added, the best feature of the lot was the focus on sovereignty, which emphasises the fact that the best protected cloud solution for an Australian workload would always be an Australian provider.

Phil Dawson, the chief of AUCloud, a Canberra-headquartered cloud provider, also had good words to say about the new guidelines.

In a statement, he said the new guidelines outlined a more transparent and efficient process which would avoid the delays that were so much a part of the old process.

He added that it would also reduce duplication and misinterpretation, while encouraging agility. re-use and knowledge transfer of learning that would benefit cloud consumers.

"Importantly the new arrangements reinforce the responsibilities of cloud consumers to manage risks within their specific context; Cloud Services Providers supporting a multi-tenanted customer base; and assessors balancing consistent and prescriptive reporting with open text narrative."

He said the scaling limitations of the old system had been addressed, with the ACSC now clearly positioned as custodian, rather than undertaking the process itself.

"The commitment to provide increased investment to support and train the IRAP community is an important acknowledgement of the need for consistency of approach and decision- making," Dawson added.

Aidan Tudehope, the managing director of Macquarie Government, another Australian firm certified under the old Protected cloud system, said the new rules highlighted the importance of the legal authority that could be asserted over data based on its jurisdiction.

"With data hosted in global cloud environments, it is at higher risk as it could be subject to multiple overlapping or concurrent jurisdictions, while in the hands of personnel outside of Australia," he pointed out.

Tudehope said he was disappointed by the decision to scrap the CCSL, but nevertheless welcomed the new guide.

"This is about more than simply the physical geographic location where data is stored. Data sovereignty is about the legal authority that can be asserted over data because it resides in a particular jurisdiction, or is controlled by a cloud service provider over which another jurisdiction extends," he noted.

"Data hosted in globalised cloud environments may be subject to multiple overlapping or concurrent jurisdictions as the debate about the reach of the US CLOUD Act demonstrates. As the ACSC points out, globalised clouds are also maintained by personnel from outside Australia, adding another layer of risk."

The US CLOUD Act was passed in 2018 to make it possible for warrants issued by an American authority to be used to seize data stored by branches of US firms in other countries. It was drafted to overcome an obstacle faced by the FBI in obtaining data which Microsoft had stored in Ireland. The agency said the data in question was related to a drug-trafficking case.

Other countries are now attempting to use the Act after an agreement with the US. Britain has already got a deal in place. The corresponding Australian law that has been proposed, would allow Australian authorities to have the same reach as the Americans, this time to data and individuals in the US, provided that data was needed for advancing a judicial or criminal case or investigation.

More in this category: « Khoros comes onshore Nextcloud adds new feature to enable creation of forms or gather data »
Share News tips for the iTWire Journalists? Your tip will be anonymous