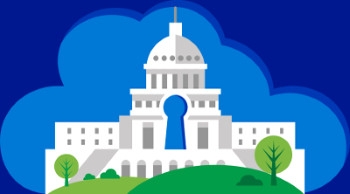 Cloud and operating systems behemoth Microsoft has improved its chances of winning a US$10 billion defence contract by winning a contract to supply cloud services to 17 intelligence agencies.

The contract, announced last week, will be worth hundreds of millions and will permit the offices of these agencies to use Microsoft's Azure Government cloud service, plus other products that the company already supplies through computer manufacturer Dell.

Amazon, Google and Oracle Corporation are reported to be in the running for the big defence contract which is known as Joint Enterprise Defense Infrastructure or JEDI.

The website tech-1st quoted Dana Barnes, vice-president of Microsoft's national security group, as saying: "“What this does is, it reinforces the fact that we are a solid cloud platform that the Federal Government can put their trust in. Ifn the IC (intelligence community) can trust it, so can the DoD (Department of Defence)."

The cloud deal is a renewal and expansion of an existing arrangement between the Office of the director of National Intelligence and Dell. The DNI manages the efforts of the CIA, the NSA and parts of other agencies, plus the defence department.

Barnes said that each agency could choose whether it wanted to adopt Microsoft's cloud and when to do so.

The JEDI contract is expected to be awarded by the end of September. Before Microsoft gained the intelligence agencies deal, Amazon was the only company to have a cloud deal with any intelligence agency, having signed a US$600 million agreement with the CIA.

Amazon has an advantage is that its cloud service is certified to handle secret and top-secret data. But whoever wins the JEDI contract will have nine months to obtain the certification – and Amazon itself got certified after it had won a previous contract.

More in this category: « Nutanix goes SDN, SaaS and PaaS Nvidia HGX-2 handles AI and HPC »
back to top