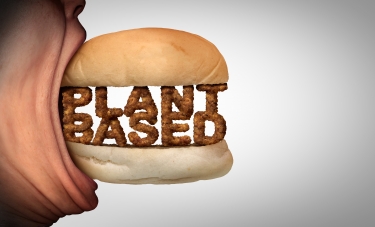 VENDOR CONTRIBUTION: There is little doubt, fluctuating temperatures and inconsistent rainfall is having a negative impact on crop growth and that stunted crop growth has geographical, social, political and economic ramifications.

To put this into perspective, according to the World Health Organisation (WHO) one in nine people, or 821 million people are now considered to be suffering from hunger.

Further erosion of crop development could increase that number exponentially.

The question that arises from this crisis is: how is it mitigated?

A report on world hunger delivered collectively by the heads of the UN Food and Agriculture Organization (FAO), the International Fund for Agricultural Development (IFAD), the UN
Children's Fund (UNICEF), the World Food Programme (WFP) and WHO states: “If we are to achieve a world without hunger and malnutrition in all its forms by 2030, it is imperative
that we accelerate and scale up actions to strengthen the resilience and adaptive capacity of food systems and people’s livelihoods in response to climate variability and extremes.”

Technology is playing an important role in helping to alleviate hunger and malnutrition issues. Specifically, ag-tech is starting to play a major role in increasing crop yields and
combating water shortages.

Roots Sustainable Agricultural Technologies Ltd (ASX:ROO) is developing a unique technology that is having a positive impact.

Roots has developed proprietary know-how and patents to optimise performance, lower installation costs, and reduce energy consumption to bring maximum benefit to farmers
through their two-in-one root zone heating and cooling technology and off the grid irrigation by condensation technology.

RZTO optimises plant physiology for increased growth, productivity and quality by stabilising the plant’s root zone temperature. Using either sophisticated heat pumps and/or Ground
Source Heat Exchange (GSHE) coils the Technology stabilises root zone temperature year round, by either heating or cooling the roots as needed. Heated (or cooled) water is
pumped in a closed cycle through the pipes installed in the root zone, where the heat (or cold) is discharged.

The technology is beginning to gain traction.

Producers of fake meat products are looking for sustainable ways to grow their products.

Recent results from a first stage Proof of Concept (POC) study being conducted on the effects of its patented RZTO technology on protein-based model plants are highly encouraging.

The roots of two protein-based model peas and beans plants were cooled by deploying RZTO.

The POC demonstrates that RZTO use results in weight increase per plant and more pods being generated per plant.

The protocol of the POC conducted at Roots’ facility was organic and used no fertilizer or other chemicals and Roots believes that this initiative will be of particular interest to the
plant-based meat industry.

There is a significant market opportunity for Roots in Canada, which is actively promoting new agricultural innovations through the C$3 billion ‘Canadian Agricultural Partnerships’
innovation program.

Roots has signed a non-binding exclusive agreement with Water Ways Technologies, which specialises in providing water irrigation equipment solutions to farmers around the world. Under the agreement, Water Ways have the right to import and sell RZTO technology in Canada, thereby capitalising on Water Ways’ established market presence.

So pleased with the results was Cairo &amp; Doutcher, that the Italian producer this week signed an exclusive binding agreement to sell a minimum of five RZTO systems during 2020.

To maintain exclusivity in relation to selling the RZTO system Cairo &amp; Doutcher must build up sales of the RZTO system over a three year period, with incremental growth expected
each year.

Published in Climate
Tagged under

More in this category: « Melbourne firm launches sub to map country's waterways New technology aims to speed up development of more resilient crops »
back to top